Top Greek Entertainers and Celebrities of the Decade 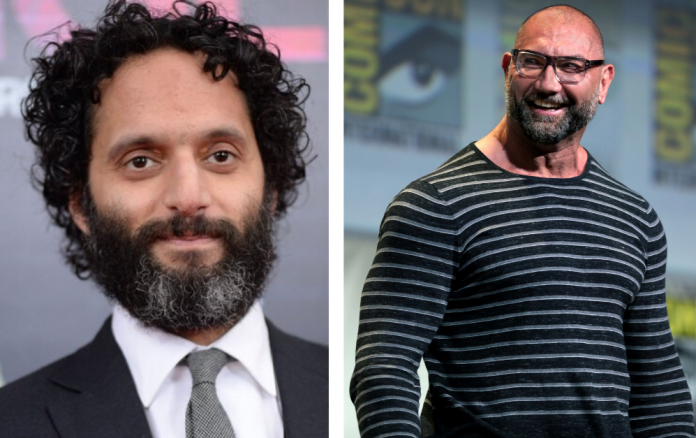 These celebrities have served this decades entertainment industry well…and they also happen to be Greek!

The most recent decade has seen many Greek celebrities shine in Hollywood, but none more-so than Zach Galifianakis. With his father being born in Greece and the actor being baptised a Greek Orthodox Christian, the Hollywood star has secured his place within Greek hearts.

The actor is most notably recognised for his portrayal of Alan in the Hangover trilogy, whoever the Greek star has featured in multiple blockbuster hits. Since 2016 he has had a main character role in the TV comedy Baskets, was featured in the movie adaption of the Wrinkle In Time novel series, as well as played the voice of the Joker in the most recent Lego Batman Movie.

Musician Tommy Lee Bass rose to stardom for being the founding member and drummer of heavy metal band Mötley Crüe. Tommy Lee was born in Athens to a Greek mother and American father. Mötley Crüe rose to stardom from the 80s, and remained a household name in heavy metal. In 2015, they announced their final show and split. Though, in 2018 the band reunited and began working on new material. In 2019, they released four new songs on the soundtrack for their Netflix biopic ‘The Dirt’.

Kelly Clarkson rose to fame in the early 2000s after winning the ‘American Idol’ competition. She has Greek ancestry on her mothers side, considers herself mostly Greek and can speak the language fluently. Kelly’s success has hardly plateaued this decade, as she returned to the top of the charts with albums like ‘Stronger’ in 2011, and won her fifth grammy. She also ventured into television where she serves as a coach on the vocal competition series ‘The Voice’ and is the host of her own talk show ‘The Kelly Clarkson Show’.

Greek-Canadian actress Marie Avgeropoulos rose to stardom later in the decade, with her role on the popular series ‘The 100’. The 33-year-old gained her breakout role in 2010, as Kim Rhodes in the film Hunt to Kill. She features in a number of films and TV shows throughout the decade, until she landed her first main role in the popular CW series ‘The 100.

David Michael Bautista Jr was one of the fastest rising celebrities in the past decade, featuring in WWE Raw in 2013 and 2014 before making his blockbuster debut in Guardians of the Galaxy in 2014. Bautista’s mother is of Greek descent, while his father is the son of Filipino immigrants. He has a tattoo on his arm of the flags of Greece and the Philippines.

Since 2014 after being cast in Guardians of the Galaxy in 2014, Bautista has appeared in many blockbuster hits and has stated that he intends to fully pursue his acting career. The actor is set to feature in the new Zach Snyder film Army of the Dead.

TV host, wrestler, and socialite, Maria Menounos was born to Greek parents. Her role as executive producer on the popular entertainment network AfterBuzz has seen her become very prominent in the entertainment landscape in the past decade. Along with this, she is repeatedly featured in E! News, MTV and Access Hollywood as a reporter and entertainment personality.

The American comedic actor has made numerous appearances on television and film throughout the decade.

He has appeared in popular comedies throughout the decase such as The Dictator, Ride Along, Dirty Grandpa and How to Be Single. He has had recurring roles on Parks and Recreation, Brooklyn Nine-Nine and The Good Place. He also voices the character Jay Bilzerian in the Netflix TV show Big Mouth.

He describes his ancestry as “100 percent Greek”.

He also co-hosts the popular film discussion podcast How Did This Get Made? alongside Paul Scheer and June Diane Raphael.