US imposes sanctions on Turkey over purchase of Russian missile system 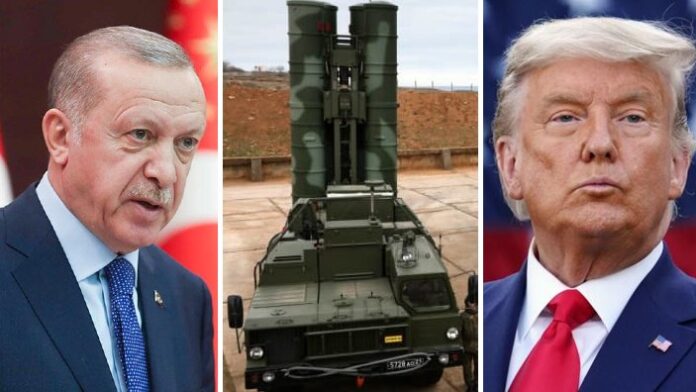 The Trump administration slapped sanctions on Turkey on Monday over a multibillion-dollar acquisition of a Russian missile system.

The sanctions, announced by the US Treasury, targeted Turkey’s defense procurement agency, known as the Presidency of Defense Industries, and its senior officials, including its president.

The long-anticipated move is expected to further stoke tensions between Washington and Ankara in the weeks ahead of President-elect Joe Biden’s ascension to the White House and send a message to foreign governments considering future weapons deals with Russia.

Turkey acquired the missile defense system, known as the S-400, in July 2019.

The purchase violated a sweeping sanctions law passed in the summer of 2017 by wide margins in the House and Senate to force Trump to be tougher on Russia. Trump, who wanted to avoid an embarrassing veto override, begrudgingly signed the law.

The Countering America’s Adversaries Through Sanctions Act, or CAATSA, targeted Iran, North Korea and Russia, requiring sanctions on any country that made a “significant purchase” of defense equipment from Moscow.

“Today’s action sends a clear signal that the United States will fully implement CAATSA Section 231 and will not tolerate significant transactions with Russia’s defense and intelligence sectors,” Secretary of State Mike Pompeo said in a statement.

“I also urge Turkey to resolve the S-400 problem immediately in coordination with the United States.

“Turkey is a valued Ally and an important regional security partner for the United States, and we seek to continue our decades-long history of productive defense-sector cooperation by removing the obstacle of Turkey’s S-400 possession as soon as possible,” he added.

Monday’s sanctions include banning all US export licenses to Turkey’s Presidency of Defense Industries, also known as SSB, as well as freezing the assets of and banning US visas for its president Ismail Demir and other senior officials.