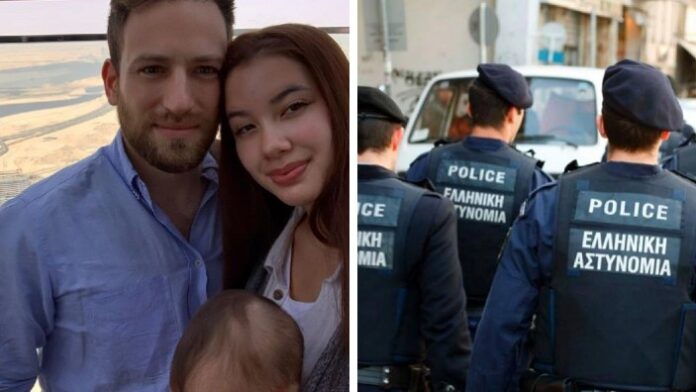 A man has been arrested in connection with the murder of a British woman in Greece, Greek police have confirmed.

Caroline Crouch was strangled in front of her 11-month-old daughter after home invaders burst in while the family was sleeping at their home in Athens at around 4.30am on Tuesday, May 11.

Her husband Charalambos Anagnostopoulos, known as Babis, was tied up during the attack but is reported to have seen the face of his 20-year-old wife’s killer.

A 30-year-old Georgian man has now been arrested while trying to travel to Bulgaria via Evros in northern Greece with a fake passport, Kathimerini reported on Sunday.

The unnamed man has also been linked by cops to another break-in at a house near where Caroline was murdered.

A police source was quoted as saying that DNA analysis suggested he was involved in tying up an elderly couple during a burglary on March 7.

The home where the other incident took place is just 20 minutes drive from the house in Glyka Nera that Caroline shared with husband Babis and daughter Lydia.

The suspect has been arrested and taken to a local police station, authorities confirmed.

A police officer told The Sun: “We’re making headway with the inquiry and in the police laboratories based on DNA found at the scene… The list of suspects has been narrowed down to 30 people.”

On Friday, Babis paid tribute to his “beautiful” wife in front of the islanders who adopted the British student as their own.