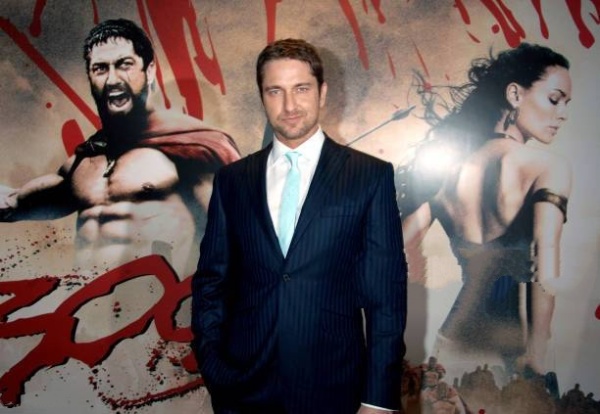 Scottish actor Gerard Butler is set to run as a torchbearer for the 2020 Tokyo Olympic Games, a local mayor said on Thursday.

Politician Petros Doukas spoke to state-run broadcaster ERT saying that the actor will run the torch in Sparta on March 14, along with making an appearance in the city in June to attend the celebrations for the 2,500 years of the Battle of Thermopylae.

Butler was globally recognised for playing the Greek warrior King Leonidas of the 5th century BC city-state of Sparta in the Hollywood film “300.”

The actor has previously said that his role as King Leonidas was one of his most challenging character portrayals to date.

“It was very primitive. We were using cowbells and running around, rings … medicine balls,” Butler said. “When you had to do all of it at the same time, you were dead. There was a lot of mind training, because you had to endure a lot of exhaustion and pain. It was intense: I started in June, and we didn’t start filming until October. I was here in Los Angeles, and it was hot, and we trained in the Valley with the stunt guys, and that was the cardiovascular stuff. We drilled with the fight pieces, so you were always jumping about.”

Many people have criticised the way the film has created an unrealistic portrayal of the battle, with many of the war uniforms being inaccurate. However, director Zack Snyder revealed that he has a good reason for his choice of direction.

“If you look at Frank’s graphic novel, one of the things that we, early on, latched onto is the idea that there’s a storyteller telling the story, and he’s a Spartan storyteller,” Snyder said. “It was sort of my philosophy to say, like, ‘If a Spartan was telling you the story of the Battle of Thermopylae around the fire a year after it happened, what would his version be?’

“If you notice, Dilios, who is the storyteller, leaves the battle before the final conflict, but he describes that in strong detail. Did Leonidas really get a shot at Xerxes? Probably not, but if you were telling the story, wouldn’t you include that part? I certainly would — I did.”