‘It’s a debt to the youth’: Young Greeks promised cash to get vaccinated 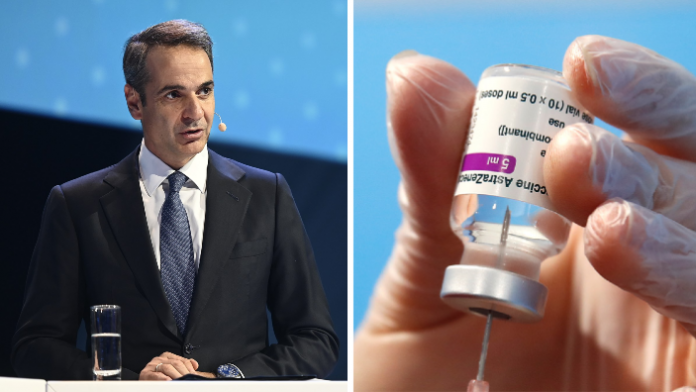 Greece will give young adults 150 euros ($180) in credit to get vaccinated as it launches a two-tier access policy over the summer, Prime Minister, Kyriakos Mitsotakis, said Monday.

Mitsotakis said that starting July 15, Greek citizens under age 26 would be eligible for the credit in a digital wallet after receiving the first dose of their COVID-19 vaccination.

“It’s a debt to the youth, a gift out of gratitude,” Mitsotakis said in a televised speech.

“We hope that young people will take advantage of this opportunity. The state thanks you for acting responsibly and doing something that I am certain you would have done anyway.”

Heavily reliant on tourism, Greece is looking for ways to fully reopen its economy after recently making the vaccination available to all adult age groups.

Kyriakos Pierrakakis, a minister for digital policy, said the digital wallet scheme will focus on the tourism and entertainment industry.

“This card will not be accepted everywhere. It will be targeted for specific activities,” Pierrakakis said.

“It can be used (to buy) air, ferry, and rail tickets, for car rental, camp sites, (holiday) accommodation, travel services, the cinema, theater and music and dance performances, museums, archeological sites, among other services.”

Government officials say additional freedoms will be granted to vaccination certificate holders, but haven’t finalised details of that policy, adding that they are also examining legal options to make vaccination compulsory for various employment categories including nursing home staff.

“After turning the young people’s lives into a living hell in the last year and a half, Mitsotakis is now attempting to bribe them with 150 euros. He treats them like fish that will take the bait and not as citizens with rights,” the party said in a press release.

Up to 100,000 people are currently receiving their vaccination shots daily in Greece, a country of 10.7 million people. But reluctance among certain age groups to get vaccinated is a major concern for public health officials as infections of the highly contagious delta variant continue to rise across Europe.