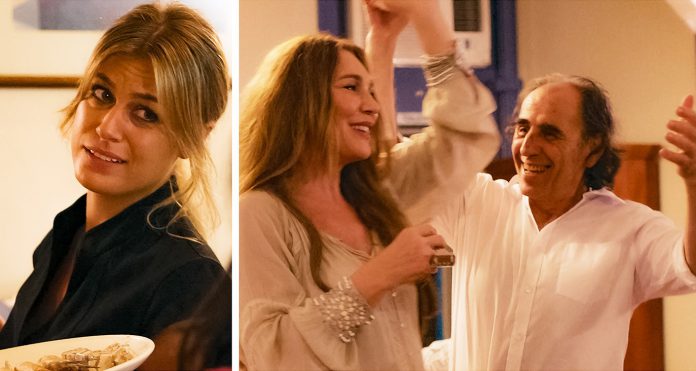 Imagine the last time you had a night out at a Greek Taverna. Did you have a few more drinks than usual? Dance like there was no one watching?

Director Alkinos Tsilimidos’ new film, The Taverna, has all that and more, and we are all lucky enough to be able to watch it in specific cinemas across Australia from today.

The self-proclaimed black comedy is set in a real family-run Greek restaurant in Melbourne’s East and according to Tsilimidos, it is his ‘most personal film yet.’

“I grew up the son of Greek immigrants and went to school with a whole bunch of second generation Australians. I never really got caught up in issues around identity and being between cultures,” the director writes in a statement.

“From my earliest recollections, the experience of eating in Greek restaurants in Melbourne made me feel Greek. The food, the drama, the language and the fun led to an overwhelming feeling of belonging. This is what The Taverna means to me – that we can be who we are when gifted a place to belong.”

These universal themes of belonging, love and migration are clear throughout the comedy and actually help audiences experience a more personal relationship with the characters as if they were the subjects of a documentary.

“These people were in danger. They had to either face certain realities in their lives to enact change or be destined to live in some sort of delusion,” Tsilimidos said.

“The only rule was to keep it all within the confines of the restaurant. My goal was for the audience to experience one night in the taverna and to leave wondering what the next night could possibly bring.”

And what an incredible taverna experience they are given. Viewers see taverna owner, Kostas, get more than he bargained for when his popular belly dancer refuses to work to avoid her ex-husband and his new girlfriend, and is replaced at the last minute by one of his eager waitresses.

Matters are further complicated by a kidnapping, a scooter accident involving Kostas’ son, a well-meaning chef who cooks up rare treat and a sleazy customer who doesn’t know his limits.

It all adds up to a darkly comic ride into the wild side of life, love, food and cultural differences.

If you want to watch The Taverna, it debuts in Australia today (July 2) in Palace Cinemas around the country and Classic Cinemas, Lido, Cameo (MEL) and Ritz (SYD), as well as Palace Nova (ADL).