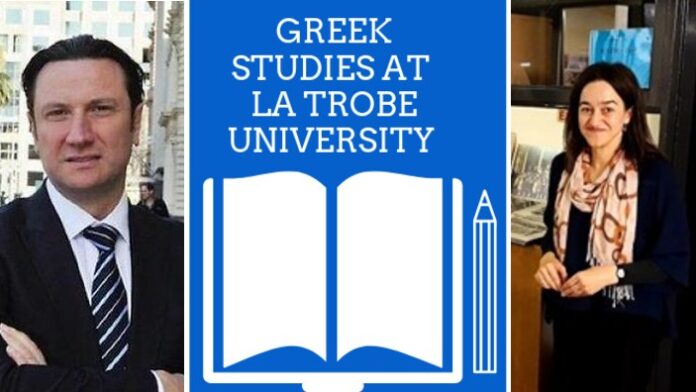 An urgent meeting was held tonight to discuss the future of the Modern Greek Studies program at La Trobe University, after it was revealed the program is at risk of being discontinued because it is “no longer financially viable.”

The meeting, organised on behalf of the Greek Community of Melbourne and chaired by President Bill Papastergiadis, established a coordinating committee of about 13 people from across a broad spectrum of community, politics and academia.

Victorian MP’s Kat Theophanous and Emily Dimitriadis will be among the members of the committee, after they threw their full support behind the Greek community’s push to save Modern Greek Studies at La Trobe.

The committee’s role will be to broaden the conversation beyond the Greek Australian community and they will also write a number of letters to the Dean and Vice Chancellor of La Trobe University asking them to reconsider their proposal to discontinue Modern Greek Studies.

During the meeting, Coordinator of the Modern Greek Studies program at La Trobe University, Stephie Nikoloudis, thanked the Greek community for all their support so far and expressed her frustration at recent events.

“Over the last three years there has been a study increase in student numbers in the program. In March 2018, we had 28 students. 40 students the next year and 48 this year before the pandemic,” Ms Nikoloudis said.

“We are also trying to save the university money by continuing to offer subjects online, producing career-ready graduates and developing internships with industries within the community.”

In response to this community outrage, The Greek Herald has received an exclusive statement from a spokesperson for La Trobe University.

In the statement, the spokeswoman says the proposed changes are part of “the University’s response to the profound financial impact of the COVID-19 pandemic on the University.”

“Market demand and student enrolments for Greek Studies have been consistently low for many years. While we have appreciated some external funding support, it is important that our courses and subjects are self-sustaining and respond to student demand,” the statement reads.

“Accordingly, a change proposal has been released which, subject to the outcomes of staff consultation, may regrettably result in La Trobe closing the teaching of our Greek Studies program from 2022.”

Full statement can be found here.

Sophia Chaniotaki is the Vice President of the Modern Greek Teachers’ Association of Victoria (MGTAV) and since January, a postgraduate student with The Greek Studies Program at La Trobe.

Speaking to The Greek Herald about the university’s intention to discontinue the Greek Studies Program, she explains that La Trobe’s announcement did not give the students the opportunity to intensify their efforts in order to keep the program alive.

“There are students who wish to continue their studies, both at undergraduate and postgraduate levels, while there is research in the department that is ongoing. The University gave us a period of very few days to organize and coordinate our efforts to support the program. The consultation period will last until Wednesday 25 November and we need everyone’s support,” Ms Chaniotaki said.

Commenting on the petition the National Union of Greek Australian Students of Victoria (NUGAS) initiated late last week, she said the students remain hopeful that Australia’s Greek Community will “realize the value of the program before it’s too late”.

“There are thousands of Greeks living in Victoria and this is the only Greek program we have on a tertiary level. Is this the future we envision for our rich and valuable culture and language?”

“Australia is a multicultural country and Greeks have proved that language and culture cannot be erased,” said Chaniotaki.

Papastergiadis: ‘A broad subcommittee will be formed to lead further action’

After hearing the news of the cancelation, the Greek Orthodox Community of Melbourne and Victoria (GOCMV) immediately wrote to the University’s Vice Chancellor expressing their concerns and seeking an immediate meeting.

“Given the efforts that so many organisations -including the Greek Community of Melbourne- put on maintaining the language through primary and secondary school, the opportunity to continue at a tertiary level is equally important. We don’t want the door shut on our students,” GOCMV’s President, Bill Papastergiadis told The Greek Herald on Monday.

“From our perspective culture and language are intertwined….People can identify with their background, their ethnicity and their culture through language,” he explained.

“A broad subcommittee will be formed with members from La Trobe, the Archdiocese, the Student Union, The Consulate and other community groups and this subcommittee will formulate the strategy and lead further actions.

“Part of what we are going to do is continue with the petition, send letters to the university and we’ve also reached out to members of Parliament of Greek background on a Federal and State level,” Papastergiadis concluded.