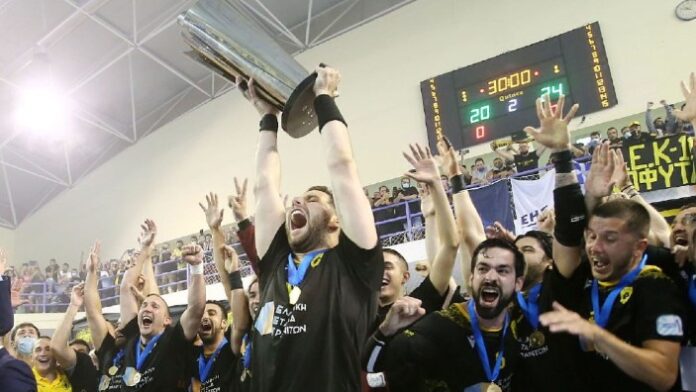 AEK Athens has won its first ever European trophy in handball, and Greece’s second in the men’s game, beating Swedish club Ystads in both legs of the home-and-away finals that were agreed to take place at Halkida, central Greece.

The EHF European Cup that AEK won on Sunday is Europe’s third-tier trophy in handball.

The Yellows won the first leg of the finals with a 30-26 result on Friday, so they had a four-goal advantage to defend in the return game, also at Halkida.

Playing in front of a packed terrace, AEK managed to win the second leg too by four goals (24-20) and win the trophy in style.

AEK was coached to the cup triumph by Dimitris Dimitroulias, who had also earned Greece’s first European trophy with Diomidis Argous nine years ago.