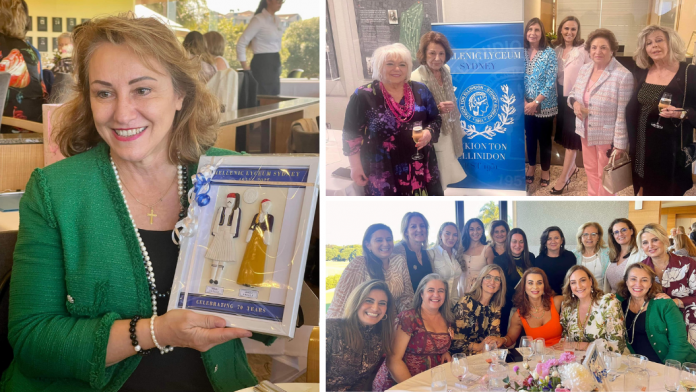 The Hellenic Lyceum of Sydney held its annual Mother’s Day luncheon at the Australian Golf Club on Tuesday, May 18.

The event not only showcased women of Greek heritage who successfully juggle motherhood and a career, but it also shone a light on mothers who made sacrifices during the Asia Minor Catastrophe such as Sophia Vembo and Dedo Sotiriou.

On the day, over 150 people attended including the Greek Consul General of Greece in Sydney, Christos Karras, and the Trade Commissioner of Greece in Australia, Katia Gkikiza.

These guests enjoyed champagne and light refreshments as they listened to a number of speeches by the Consul General, the President of the Hellenic Lyceum, Liana Vertzayias, and guest speaker, Electra Manikakis.

Ms Manikakis gave a powerful speech about her life story and the sacrifices her own mother had to make during her life.

This was followed by an enjoyable musical display, with Margaret Micos on the piano and Despina Lucas providing the vocals.

The official proceedings, which were emceed by Maritsa Micos Dragonas, were then concluded with a small raffle before guests mingled and left with a beautiful gift of jewellery provided by Bowerhaus.

“The view was beautiful and people were in awe of Electra,” Mrs Vertzayias told The Greek Herald after the event. “It was a memorable day.”

READ MORE: The future of The Hellenic Lyceum of Sydney and its breathtaking exhibitions [Part 2].