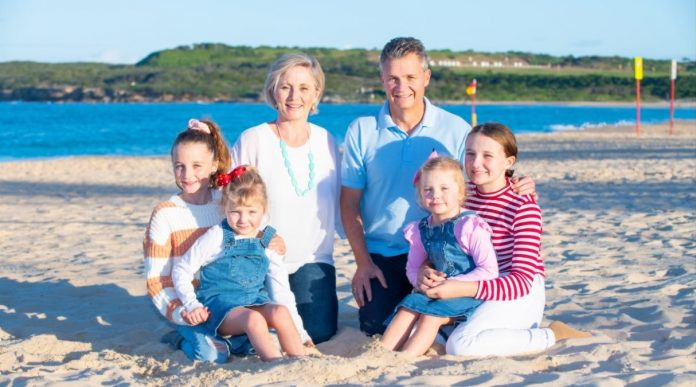 Having represented Kingsford Smith in the House of Representatives for nearly a decade, Federal Labor MP Matt Thistlethwaite, speaks warmly about the close and longstanding relationship he shares with the local Greek community.

“I’ve always had a very vibrant and active Greek population in my area that I’m very proud to represent. I value the contribution that the Greek community has made to our area,” he tells The Greek Herald during a short break from the pre-poll in Maroubra.

The Federal MP notices people are voting early in this election and he says many are those who approach him for a chat.

“The number one issue at the moment, is the cost-of-living pressure,” he says.

According to the Australian Bureau of Statistics Sydney’s consumer price index, prices rose in 73 of the 87 expenditure classes during the first three months of this year while cost of living emerged as the biggest concern for people in the state in the April quarter, the Ipsos Issues Monitor shows.

“Labor has got a number of policies to help with those issues, particularly for younger members of the Greek community who want to get into the housing market and older Australians who can’t afford prescription medicines. We will take pressure off and ease some of that cost-of-living burden,” Thistlewaite says.

The MP also vows investment to upgrade infrastructure in local schools including ventilation in the wake of the COVID-19 pandemic.

“We’re also committing to funding for what we’re calling student welfare boost. So, more funding for schools can put on more counsellors and teachers’ aides to help young students with their mental health,” he says.

As we discuss about mental health the conversation comes to his involvement with the Maroubra Surf Life Saving Club for over three decades and how being part of a community has a positive impact on an individual’s overall health through good times and adversity.

“The wonderful thing about the club is that we invite people of all backgrounds. There’s been a number of people of Greek heritage that have gone through Maroubra Surf Club and become lifesavers, committee members, and made a great contribution,” says Thistlewaite.

Before we wrap up this interview, I ask him what he enjoys the most about campaigning in a Greek populated area.

“I love the warmth and the friendliness of the Greek community. Often doorknocking around my electorate, especially if I knock on the door of a Greek family, particularly elderly people, they’ll always invite me in for a cup of tea and a chat,” he says.

“And I usually leave with a plate full of baklava or other food for the family. They’re just wonderful people.

“I think that Australia wouldn’t be Australia without the contribution of the Greek community, and that’s certainly the case in our area.”