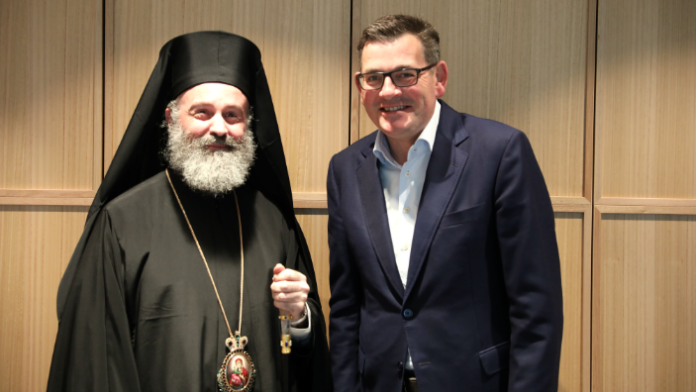 His Eminence Archbishop Makarios of Australia met with Victorian Premier, Daniel Andrews, on Monday, May 16.

A number of issues of concern were raised during the meeting related to the Greek community and the Greek Orthodox Archdiocese districts of Melbourne and Northcote.

Among the issues discussed was the Labor government’s commitment to further develop and renovate the Holy Monastery of Axion Estin in Northcote.

The possibility of finding a suitable plot of land to construct a Holy Cathedral of the Greeks in Melbourne was also talked about during the meeting.

According to a press release by the Archdiocese, Premier Andrews showed keen interest in both of these proposed ambitious plans.