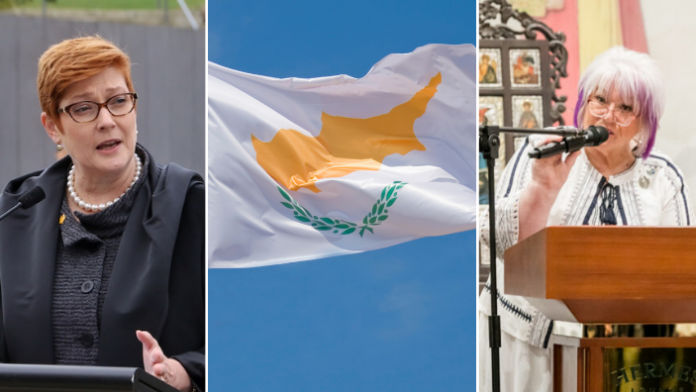 The Hellenic Lyceum of Sydney has written to the Federal Minister for Foreign Affairs, Senator Marise Payne, urging the Australian Government to ‘unequivocally condemn’ Turkey’s violation of international law in Cyprus.

In the letter, signed by the President of the Lyceum, Liana Vertzayias, and Secretary, Christina Mitsopoulos, the women’s organisation detailed the recent Turkish provocations on the island and expressed their concern.

“As a women’s organisation of seventy years standing, we are concerned that human rights in Cyprus have continued to be violated for so long with impunity,” the letter reads.

Turkey is now proceeding to the next stage in its policy of establishing a two state solution on the island. This is in blatant violation of numerous UN resolutions, international judicial judgements and universal condemnation by the EU, USA and a consistent bi-partisan policy by Australia.

In contemptuous breach of SC resolution 550 (11/5/1984) and 789 (25/11/1992) Turkey has now reopened the enclosed section of Famagusta (which has not been inhabited since the 1974 invasion) which the UN resolved be returned to its Greek Cypriot inhabitants under UN supervision.

We call on the Australian Government to join the international community in unequivocally condemning Turkey’s violation of International Law.

As a women’s organisation of seventy years standing, we are concerned that human rights in Cyprus have continued to be violated for so long with impunity.