Greek Australian women’s radiothon for kids cancer: Here’s how you can help 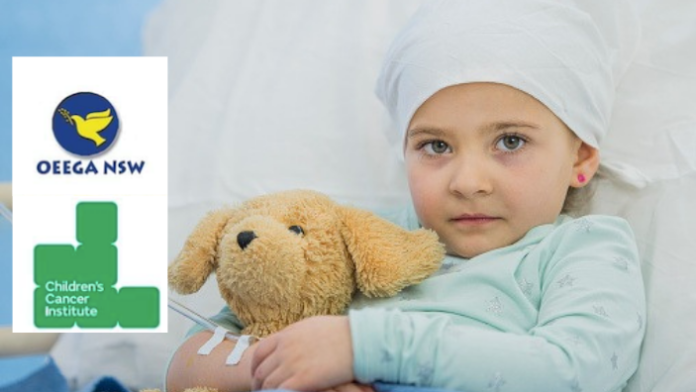 In any one year, more than 950 Australian parents will hear the words “your child has cancer” according to latest data from the Children’s Cancer Institute.

But although sixty years ago a cancer diagnosis was nearly always a death sentence for a child, now eight out of 10 children survive, thanks to the advancements in medical research funded by individuals and communities across Australia.

The New South Wales branch of the Organisation of Hellene and Hellene Cypriot of Australia (OEEGA NSW), a not for profit organisation consisting of Greek and Cypriot Australian women and mothers that has been operating for more than 30 years and is dedicated to support medical researchers in eliminating childhood cancer.

“At OEEGA we passionately support the work of the scientists at the Children’s Cancer Institute researching for the cure of all childhood cancers. We have been fundraising for them since 2007 and hold an annual event in November. We also hold a fundraising luncheon in July. We believe that no parent should go through the heartbreak of losing a child to cancer,” the organisation’s Secretary, Sylvia Tserdanis, told The Greek Herald.

“This year, because of COVID19, we had to cancel our events which saddened us not being able to support such an important cause. Our President Mrs Irene Anestis came up with the idea of the Radio Marathon so we can fundraise safely,” Ms Tserdanis said.

The women’s organisation has been supporting the Children’s Cancer Institute (CCI) for the last 13 years and have so far donated over $350,000 used from the institute to purchase vital equipment for specialised scientific research.

“Targeted therapy which only attacks the cancer cells costs about $10,000 for each child. We hope to save as many children as possible. Every dollar counts and is gratefully received. There’s a special account opened at Delphi Bank and people can deposit their donation at any Delphi branch or electronically.

“On the day of the Radio Marathon at Radio 2MM there will be interviews and messages from Professor Maria Kavallaris, Dr. Maria Tsoli, politicians and Greek Community organisations’ leaders showing their support to OEEGA’s fundraising initiative,” said Ms Tserdanis encouraging Australia’s Greek community to tune in and save lives!

*The radiothon will be broadcast on Radio 2MM, on Wednesday November 11, from 10am to 3pm. To donate to the Radiothon Appeal or for more information visit https://donate.ccia.org.au/campaign/161/oeega-radio-fundraiser-