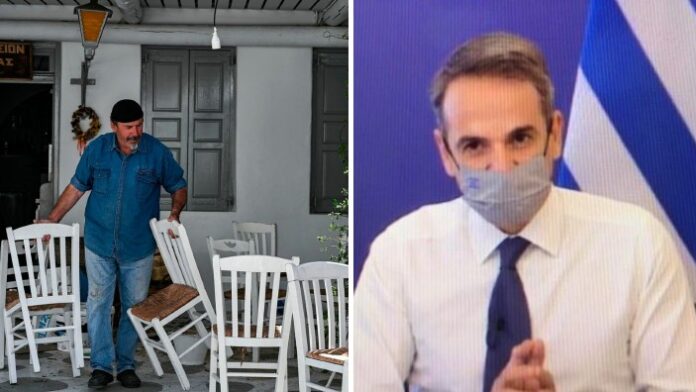 Greece will enter a second nationwide lockdown for three weeks from the morning of Saturday, 7 November. The lockdown will end on November 30.

The announcement came from Greece’s Prime Minister, Kyriakos Mitsotakis, tonight after COVID-19 cases spiked in the country in recent days.

In a similar way to the first lockdown, movement will be limited to essentials, all retails stores will close and travel between regions will be banned.

Authorities will also reintroduce a system obliging citizens to send text messages to a government number to leave home to work, shop, visit a doctor or take exercise.

Mitsotakis said during the press conference that the lockdown is necessary, citing an “aggressive increase in infections,” a rise in intubations and ICU entries.

“Once again, I choose to take measures sooner rather than later,” Mitsotakis said. “If the government waited and the measures didn’t work, pressure on our hospitals would be unbearable.”

Mitsotakis added he is taking note of the advice from the expert committee advising the government, including Greek Australian immunologist, Sotiris Tsiodras.

The Prime Minister also said Greece’s Finance Minister, Christos Staikouras, will announce plans later tonight which will financially support citizens who will be affected by the new lockdown.