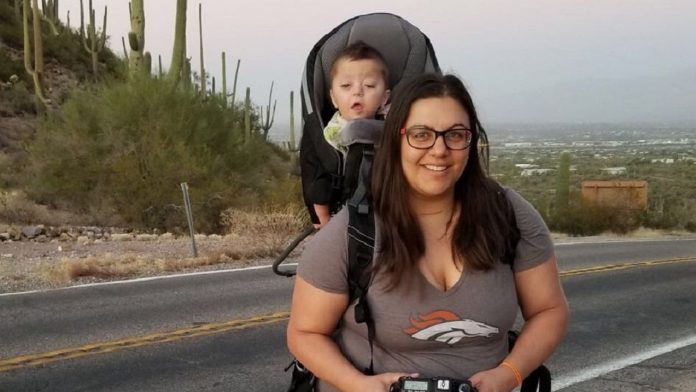 Alexander, aged 6, was diagnosed with a rare brain disorder at a young age.

His mother, Greek-Australian photojournalist Jennifer Polixenni Brankin, has decided to kickstart a new film to document his journey with the condition as part of her promise to him: to show him the world.

What do you do when your five-and-a-half-month-old is diagnosed with a rare condition that you’ve never heard of?

Better yet, having to support your newborn living with this condition as a single parent?

These were the predicaments that Jennifer Brankin found herself in around six years ago.

She was pregnant with her first child but developments in her pregnancy gradually started to worsen.

Her son Alexander was the size of a 28-week old when Jennifer was 35 weeks pregnant.

“The consultant who came to speak with me said there was something very wrong with my baby and that, ‘This wouldn’t end well,” she recalls.

Brankin was rushed in for an emergency C-section after Alexander stopped moving.

Plenty of time in ICU care, multiple surgeries, hospitalisations and many testings later and Alexander was diagnosed with Joubert Syndrome.

Joubert Syndrome is a rare condition that affects brain development and body function in young children.

Brankin says she “wanted the ground beneath [her] to crack open and swallow her whole” but has helped Alexander live with the condition.

“After living for a decade in America, I knew that Alexander was lucky to be born in Australia, to have access to our excellent health care system,” she says.

Alexander’s condition meant that he had to be fed through a g-tube at one point.

“A Greek mothers dream come true, come on, who doesn’t want direct access to their kids stomach to feed them the latest creations to come from the kitchen?!,” Brankin writes.

Midwives have their work cut out for them as it is, but capturing an emergency C-section with their patient’s D-SLR camera?

That idea would only come from a photojournalist and it’s this footage that will compose a new documentary to be released this year about Alexander’s life journey.

Brankin has enlisted the help of industry colleagues to bring the film into fruition in the hopes of sparking conversations about navigating complicated health conditions like Joubert Syndrome.

Brankin says she didn’t want Alexander’s time in hospital to be his “only memories” and so she made a little promise to him: to show him the world.

Jennifer Brankin was once facing the likely prospect of having a stillborn baby and now travels and lives with her son Alexander.

Share
Facebook
Email
Twitter
Pinterest
Linkedin
WhatsApp
Viber
Print
Previous article‘I have love for everyone’: Christina Giannakis turns 100 and shares her secret to a long life
Next articleConnie Leamon on emigrating to Australia as a child