Connie Leamon on emigrating to Australia as a child 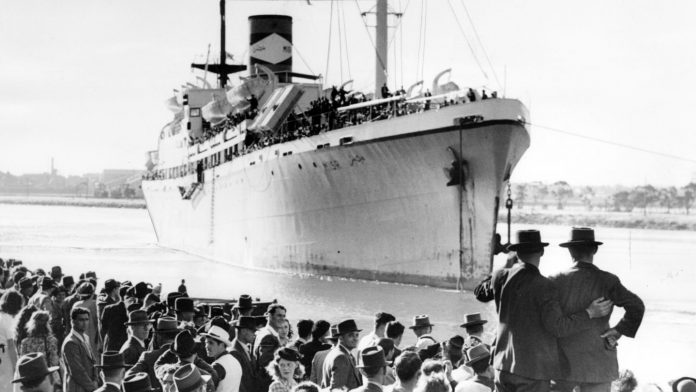 Connie Leamon is a first-generation Greek Australian migrant who spoke with National Seniors Australia about her journey to Australia.

She was just 3-years-old when she left Greece with her family to join her father in Australia.

Her father, Con, had emigrated to North Queensland a-year-and-a-half earlier to cut cane and had finally saved enough money to bring Connie, her mother, and baby brother out to Australia after he found a job as a sewerage pipe inspector.

Con was one of many migrants who left their families behind to migrate to a foreign country for new work and opportunities.

“He came here not knowing a single soul and not speaking a word of English,” she says.

“He was only 23 at the time and had worked on his father’s farm since the age of 11. His family wasn’t well off and he didn’t receive much of a formal education, but he was a clever man and an extremely hard worker.”

The family shared a small house in west Brisbane with another migrant family.

“She was a self-taught seamstress and made all our clothes. She did whatever small jobs she could to make money and taught herself to speak English.”

“Really, you have to take your hat off to these women. Imagine being here alone with no family, raising babies and working your guts out to put food on the table and pay the rent.”

“Most people treated them like second-class citizens. We were just ‘bloody wogs’.”

Connie says she will never forget her parents’ plight to Australia.

“My parents are no longer with us but they will always be my heart and my heroes,” she says.

“I think back to some of the stories they told me about the poverty they grew up with and the way people treated them when they came here, and really they must have had serious post-traumatic stress disorder.”

“I’m fairly sure my mother had mental health issues that went untreated her whole life because you didn’t go to the doctor unless you were dying, back then.”

“Their sacrifice meant my brothers and I were able to receive good educations and live in a truly lucky country.

“I look at the way we treat refugees and immigrants now and think, has anything changed? I don’t know.”