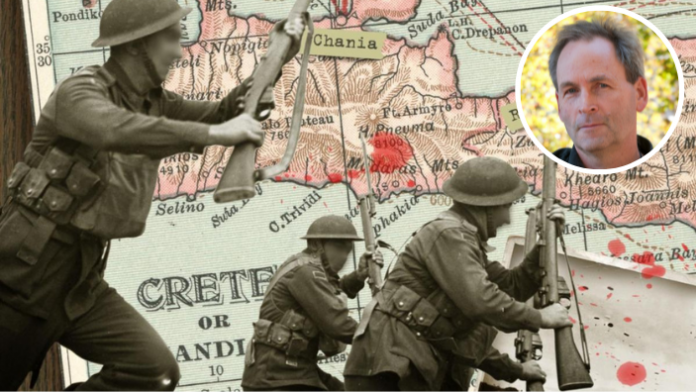 Professor Peter Monteath will present an online-only lecture titled, The battle of 42nd Street, on Thursday, May 26, 2022 as part of the Greek History and Culture Seminars offered by the Greek Community of Melbourne.

May 27 marks the 81st anniversary of one of the bloodiest battles involving Australian forces in the Second World War. On the morning of that day, along a defensive line called 42nd Street just south of Crete’s Suda Bay, several Australian and New Zealand infantry battalions staged an assault on an unsuspecting regiment of German mountain troops.

This presentation examines the background to the Battle for Crete and the series of events which led to the bayonet charge on 42nd Street. It poses questions about what it is that motivates men to fight and to kill, and it considers the legacy of 42nd Street for Greece and Australia.

He has also been Adjunct Professor at The University of St. Louis Missouri and the Technical University of Berlin, where he was an Alexander von Humboldt Fellow.

At Flinders he is currently the Vice President and Executive Dean of the College of Humanities, Arts and Social Sciences. His book Battle on 42nd Street: War in Crete and the Anzacs’ Bloody Last Stand was published by NewSouth in 2019.