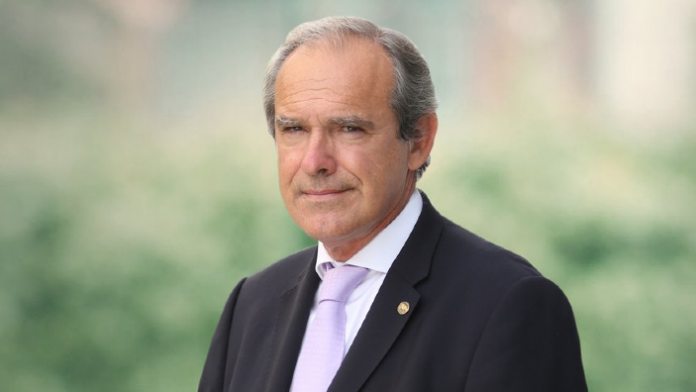 The online conference was organised by Katia Gkikiza, the Trade Commissioner of Greece in Australia, and Paul Nicolaou, Director of the Business Leaders Council, Australian Chamber of Commerce and Industry.

Mr Nicolaou began the conference with a video tribute to renowned Greek composer, Mikis Theodorakis, who passed away on September 2. This was followed by Ms Gkikiza giving a small speech about the Greek economy and the recent bid by Australian infrastructure giant, Macquarie, for a stake in Greece’s national grid operator.

“This is a major investment from Australia. It is 2.1 billion euros. It is bound to draw the attention of more Australian investors to Greece,” the Trade Commissioner said.

“We have also all heard by now that the double taxation agreement between Greece and Australia is on the agenda of our two countries and we hope that this will facilitate cooperation even further.”

‘Great period for investment in Greece’:

Mr Lazaridis picked up on this point made by the Trade Commissioner and stressed that it is a “great period for investment in Greece” particularly in the sectors of technology, industrial products and telecommunications.

“Australian investors are the most welcome investors in Greece due to the Macquarie bid… which was a strong signal of interest for big investments in infrastructure,” Mr Lazaridis said.

“Investment participation in ATHEX is driven by foreigners. We hope that one of the reasons for this is that Greece has a huge diaspora so the market is well known all over the world.”

The CEO then went on to give statistics showcasing how Greece’s economy is rebounding as it emerges from the recent economic crisis and stressed that GDP growth will continue to be “leveraged and sped up by EU funds reserved for the recovery of the Greek economy.”

“The macro and micro environment of our companies are promising. We see the future in a very optimistic way,” Mr Lazaridis stressed.

“From our point of view as a stock exchange, the most important issue in the next few years is to help companies raise equities in order to keep the balance of debt to equity ratios at a stable level. This is the most important target.”

Mr Lazaridis later branched off into a number of other topics including cryptocurrency and the prevalence of ‘green bonds’ in Europe at the moment.

The CEO said ATHEX Group is currently “working on creating a green bond market by copying best practices from Europe,” but there are still “many things to be done to protect investors from ‘greenwashing’.”

“We are applying ESG culture to all of our Greek companies… because sustainability and environmental, social and governance (ESG) principles are the most important criteria right now [for the market],” Mr Lazaridis said.

“We have also created a new ESG index… with guidelines for companies on how to disclose their ESG activities.”

Mr Lazaridis concluded by saying that the ESG index is likely to replace the general index of ATHEX in the future, highlighting the importance of sustainability to the Greek economy and investment.