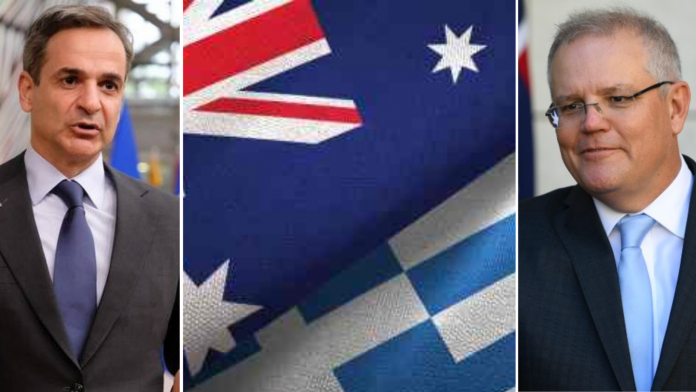 The issue of the non-existence of a Double Tax Agreement (DTA) between Greece and Australia continues to concern the community while questions arose from expatriates in relation to the actions carried out by the Greek authorities in this direction.

“The moves are coordinated and there have been positive developments,” said the Head of the Office for Economic and Commercial Affairs of Greece in Australia, Trade Commissioner, Katia Gkikiza, making it clear that both countries recognize the importance of the agreement as a means of strengthening business cooperation between them and stimulating bilateral economic and trade relations.

“Greece has actively focused on efforts to reduce any remaining tax barriers within the country having introduced a series of measures such as tax reductions for individuals and businesses, tax incentives for investment, further digitization of tax services and modernization of the legal framework for corporate governance”, she stressed.

Ms Gkikiza also explained that in addition to efforts to improve the tax framework for businesses at national and international level, Greece and the Office of Economic and Commercial Affairs have been actively promoting a cross-border trade with Australia and informing local businesses about trade and investment opportunities in Greece.

Part of Greece’s promotion strategy in Australia is a joint action with the EU Delegation to Australia on the EU – Australia Free Trade Agreement which is currently being negotiated.

Positive signs of an agreement in the near future

“There are currently 10 EU member states without a Double Taxation Agreement with Australia (including Greece). Since the launch of negotiations for the Free Trade Agreement between the EU and Australia, in June 2018, Greece has been working closely with the EU and the other nine member states in order to ensure that the issue of the Double Taxation Agreements is also addressed,” said Ms Gkikiza, clarifying that such agreements can be time-consuming.

“The Australian Federal Budget of October 2020 included an announcement to modernise and expand Australia’s tax treaty network with other countries,” Ms Gkikiza said, and clarified that Australia should negotiate separately with each of the EU member countries that do not have a double taxation agreement.

It is worth noting that in October 2020, the aforementioned ten EU member states co-signed a letter to the Australian Federal Treasurer, Josh Frydenberg asking him to prioritize the resolution of the issue of double taxation.

“Since then, we can confirm that there have been further positive developments. There has been an exchange of official correspondence between the two countries at the highest level, including letters between the two Prime Ministers, in December 2020, expressing mutual strong commitment to conclude a Double Taxation Agreement as soon as possible, and hopefully before the end of financial year 2021/2022,”said Ms Gkikiza.

Concluding, the Trade Commissioner assured the businesses and companies wishing to invest in Greece that “they can go on with their projects knowing that the Greek Government is fully committed to the conclusion of the Double Taxation Agreement.”