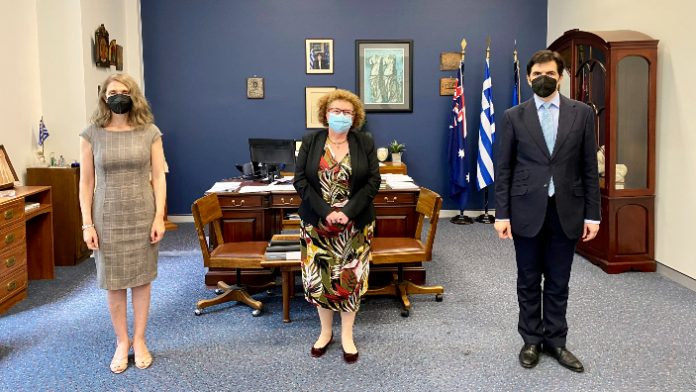 The Consul General was accompanied by the Trade Commissioner of Greece in Australia, Mrs Katia Gkikiza.

During the meeting, the two sides discussed a number of topics of common interest, focusing on the cordial relationship between the Republic of Cyprus and Greece, as well as the close cooperation between the Cypriot Australian and Greek Australian communities of NSW.

Mrs Mavrommatis and Mr Karras also reconfirmed the willingness of the Cypriot Australian and Greek Australian communities of NSW to continue the long, cordial and fruitful relationship between the two communities to the benefit of Australian society.