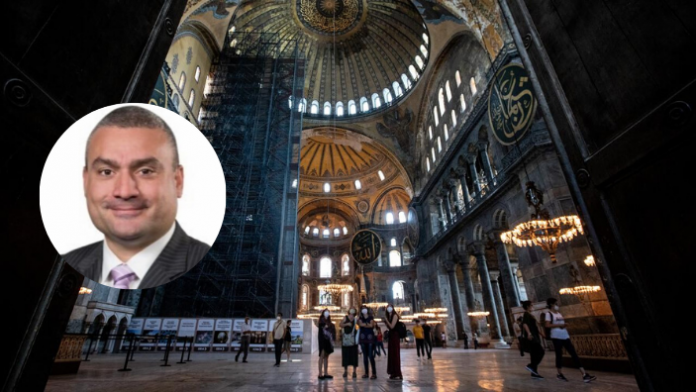 In a statement this afternoon, the President of the Greek Community of Canberra, John Loukadellis, condemned Turkey’s decision to convert Hagia Sophia into a mosque.

29th May 1453 & 11th July 2020 – both equally sad days for Orthodox Christians around the world and a disappointing day for the future of our Agia Sophia.

The decision by a Turkish court this morning is yet another backwards step in recognising the Christian Orthodox values of our historic place of worship. At best, allowing Agia Sophia to remain a museum for both faiths as a symbol of solidarity is somewhat acceptable, however, Erdogan’s and the Turkish Government’s decision today is totally unacceptable and a complete injustice.

On Sunday night, the Community has sent a letter not only to the Prime Minister of Australia, providing full details of their stance on Hagia Sophia, but also to UNESCO via their website.

The letter states in part:

“This decision by Turkey is unacceptable, unfair and one that has shown total disregard for history. As Orthodox Christians, the Hagia Sophia Cathedral is more than just a sacred place of worship. It is a cultural centre full of history, a UNESCO world heritage listed site and as His Eminence, Archbishop Makarios of Australia stated, Hagia Sophia belongs to the whole world.”