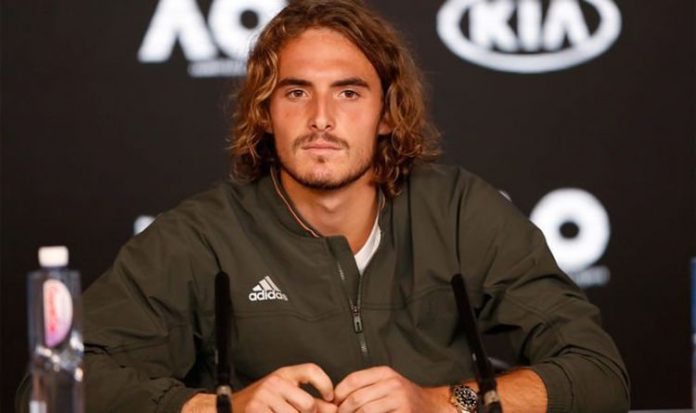 With the first round of the Australian Open on Monday, many of the worlds top tennis players are gearing up for an exciting Grand Slam tournament. Ranked 6th in the ATP Rankings, Greek player Stefanos Tsitsipas hopes to put on a big show in front of Melbourne’s large Greek community.

In a press conference on Saturday, Tsitsipas was asked about the level of intensity he is to bring on the opening days of the tournament.

“I think the Grand Slam tournaments are events where you try and bring the best out of you, when it comes to concentration, when it comes to playing with energy, good footwork, being aggressive and being consistent point by point,” he said.

“A good start is always important, trying to conserve energy, trying to avoid playing long matches. I’ve been working on this mentally and technically, strategically, to avoid having difficulties in the early rounds.”

Following Tsitsipas’ intense battle with Rafael Nadal in what was only an exhibition match, fans are excited to see what the Greek will bring to the competitive tournament.

“This exhibition match against Rafa was like top class tennis and lasted 3 hours, quite shocking for an exhibition.”

Tsitsipas says he has been working on improving his emotions when playing in matches, sharing his embarrassment over his blow up in the ATP Cup match against Australian Nick Kyrgios.

“I was really embarrassed to see myself in such situation, I was just holding everything and it exploded at some point,” the world number six added.

“I’ve been really working on this. I think being balanced in my head and thinking in a straight line will help me. If you are just one day on, one day off with your emotions, they can cost you.”

Monday’s match with Italian Salvatore Caruso on Margaret Court Arena will be Tsitsipas’ first test, as he hopes to re-create his sensational run to the semi-finals at Melbourne Park last year.

“I have great memories from here last year,” he said.

“Semi-finals, living the dream, playing with so much adrenaline. I really enjoy the crowd, the people’s energy here.”