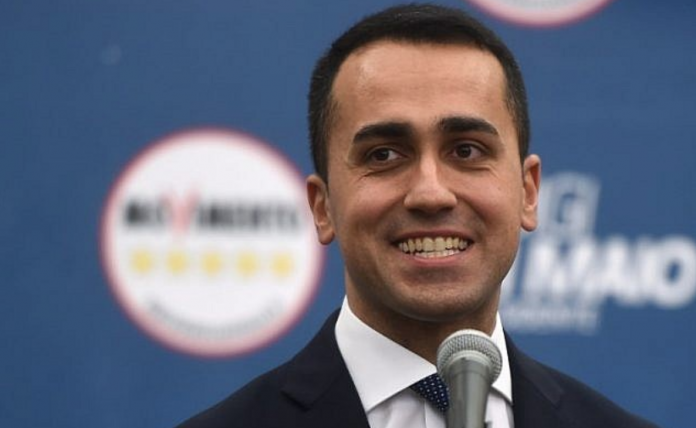 Italy’s foreign minister on Saturday expressed concerns about the long-term feasibility of a pipeline project between Greece, Cyprus and Israel to ship gas to Europe.

“It is obvious that the EastMed pipeline project proposed by Greece will not be an option in the medium and long-term compared to other projects, when its cost and the construction process are taken into consideration,” Luigi Di Maio told Turkey’s Anadolu Agency.

“I believe that this infrastructure, which can play a positive role in diversifying European resources, must prove that it can attract the necessary capital for its construction and it can be economically sustainable,” di Maio said.

The cost of the installation from the eastern Mediterranean to Italy is estimated at 6 billion euros ($7.4 billion).

The 2,000-kilometer (1,200-mile) pipeline will be able to transfer nine to 12 billion cubic meters a year from offshore gas reserves between Israel and Cyprus to Greece, and then on to Italy and other southeastern European countries.

The discovery of hydrocarbon reserves in the eastern Mediterranean has sparked a scramble for the energy riches and a dispute between Cyprus and Turkey, which has occupied the north of the Mediterranean island since 1974 in response to a coup sponsored by the Greek military junta.

The EastMed project is expected to make Cyprus, Greece and Israel key links in Europe’s energy supply chain and aims to stymie Turkey’s effort to extend its control to the eastern Mediterranean. Turkey is vehemently opposed to the pipeline.

Turkey will start exploring for gas in the eastern Mediterranean this year, President Recep Tayyip Erdogan vowed Thursday, after signing a maritime deal with Libya.

“We will start search and drilling activities as soon as possible in 2020 after issuing licenses for the areas,” Erdogan said during a two-hour speech in the capital.

He added that Turkey’s seismic exploration vessel Oruc Reis would soon be deployed.

Ankara angered neighboring countries in the Mediterranean with an agreement signed with the Tripoli government in November, which claimed extensive areas of the sea for Turkey.

Greece says the deal fails to take into account the island of Crete, while Turkey has already upset Cyprus by sending ships to search for oil and gas off the divided island.

Erdogan said it was “no longer legally possible” for any search and drilling activities or a pipeline without Libya or Turkey’s approval.

Turkey and Libya also signed a security deal in November which was followed by the deployment of Turkish forces in the north African country.

While Turkey supports the UN-recognised government of Premier Fayez al-Sarraj, countries such as Egypt and the United Arab Emirates back Libyan strongman Khalifa Haftar in his assault against Tripoli.

Sourced via The Times of Israel.