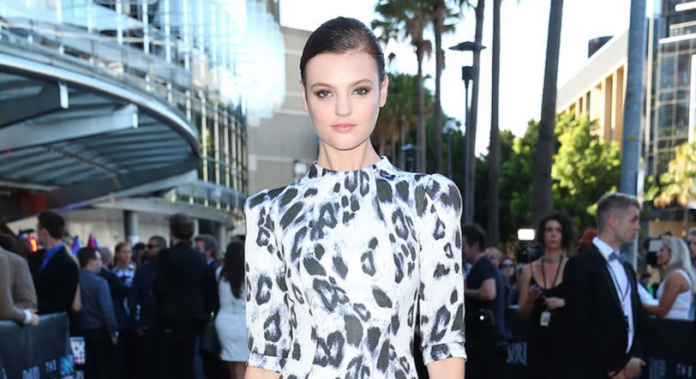 Model Montana Cox is one of a bevy of celebrities set to make their way to the 21st annual Crown IMG Tennis Party tonight, however she will have eyes for only one guy.

The single beauty, who was previously linked to coffee king Jamie Valmorbida, is “in love with” Greek tennis sensation Stefanos Tsitsipas and hopes to bump into him at tonight’s event.

“It will be nice to suss out some tennis players,” Cox told Sunday Confidential.

“Honestly that Greek guy (Tsitsipas) — I am in love with him. He is gorgeous. I’ve checked to see if he is going to the event.”

At a pinch Cox would settle for a chat with the world No.1.

“Rafael Nadal is going, so that’s good enough, he will do,” she laughed.

“I absolutely love going to the tennis,” Cox said. “It is my favourite thing to do in Melbourne. I played tennis growing up so have always had an interest in it. I actually wasn’t a bad player. I just had a problem hitting the ball so hard.”