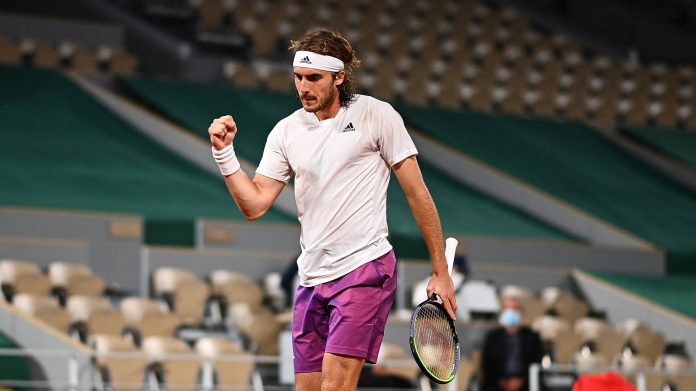 Stefanos Tsitsipas has quelled the fire of American John Isner to reach the fourth round of the French Open under lights at Roland Garros.

The fifth seed is one of the favourites to win the title and while he would have hoped facing the big American at night would have made the game slightly easier to handle, he had to think again.

Isner played a brilliant first set both on serve and from the baseline on clay, where his talents have always been overlooked, and, had he taken a break point at 3-3 in the second set the match might have turned out differently.

But Tsitsipas saved it with a gutsy forehand, willed himself first to hold serve and then to break, and eventually wore Isner down with his superior all-round game.

After claiming his maiden ATP Masters 1000 title at the Rolex Monte-Carlo Masters (d. Rublev), Tsitsipas has continued to tear through draws in the clay-court season.

Into the fourth round for the third year in a row, Tsitsipas will face 12th seed Pablo Carreno Busta for a spot in the quarter-finals. The Spaniard comfortably overcame Steve Johnson 6-4, 6-4, 6-2 on Court Simonne-Mathieu earlier in the day.