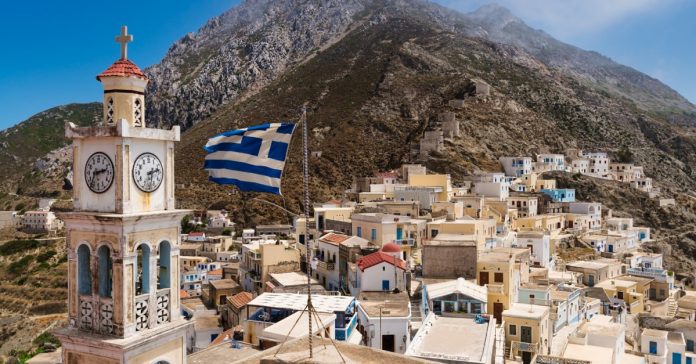 Professor Michael Herzfeld from Harvard University will present the online lecture The 1821 Revolution and Greek Village Life Today, on Thursday 10 June, at 7.00pm, as part of the Greek History and Culture Seminars, offered by the Greek Community of Melbourne.

The rural village lies at the heart of the Greek national imagination, and undoubtedly played a major role in sustaining a sense of adherence to Greek religious, cultural, and linguistic values over the centuries. At the same time, certain aspects of village life – notably the organisation of family and kin relations, the division of land and other forms of property, rituals of reciprocity and mutual assistance, and attitudes to conflict – have changed in much of rural Greece. It is very easy to imagine pre-Independence Greece through these newer images, but a few places – notably in Mani and on Crete – retain the older characteristics and allow us to understand both the forms of resistance to Ottoman rule and the difficulties that these areas have experienced in accepting the bureaucratic regulation of their daily affairs. The speaker, an anthropologist with long experience of working in rural Crete, will illustrate his talk with examples from his fieldwork.

Michael Herzfeld is Ernest E. Monrad Professor of the Social Sciences in the Department of Anthropology at Harvard University, and currently holds visiting appointments at the Universities of Leiden and Melbourne and at Shanghai International Studies University. An advocate of ‘engaged anthropology’, he has conducted research in Greece, Italy, and Thailand on masculinity, artisanship and social knowledge, gentrification and the impact of historical conservation, nationalism, and bureaucracy. Author of eleven books — including Evicted from Eternity: The Restructuring of Modern Rome (2009) and Siege of the Spirits: Community and Polity in Bangkok (2016) – he has also produced two ethnographic films. Just recently Professor Herzfled was also bestowed honorary Greek citizenship for his services in advancing Greek studies.