Sakkari falls to rising sensation Raducanu in the US Open 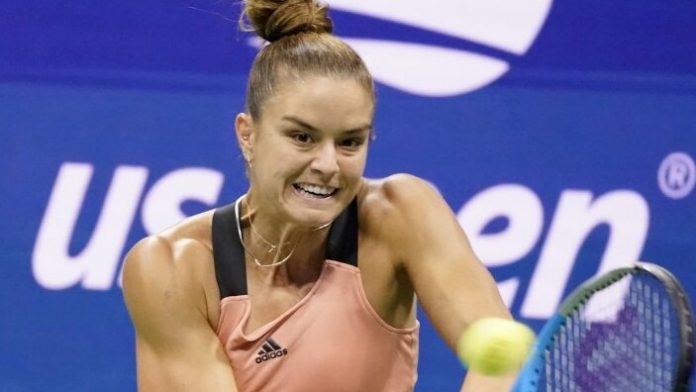 Unfortunately Maria Sakkari wasn’t able to go one step further in the US Open and reach the final, as she found herself overwhelmed by the dynamic of 18-year-old rising star from England, Emma Raducanu, losing 6-1, 6-4.

The 26-year-old started the game on the back foot as she couldn’t keep up with the fast serve of her young opponent and quickly found herself chasing the score. When Raducanu gained a 5-0 advantage, the first set was all but over for Maria, who was simply able to minimize the damage (6-1.)

The aces that had previously served Maria so well were nowhere to be found in this encounter, as was only able to get four across throughout the entire game.

In the second set, the Athenian attempted to fight her way back into the match and won some important points that gave her a small psychological boost, but the young tennis player from England always found a way to respond and kept points on a short duration, which served her style of play.

The end saw Sakkari walk away proud after losing the second set 6-4, knowing she had done all she could. Emma Raducanu will go on to face Canadian Leylah Fernandez, who a few hours earlier had defeated world number two Aryna Sabalenka, 7-6 (7-3), 4-6, 6-4.

This was the second consecutive participation in a Grand Slam semi-final for world no. 17 in the women’s rankings Maria Sakkari, after she made it to the last four of the Roland Garros a few months ago. She’s more than certain to rise up even further after her performances in the competition.