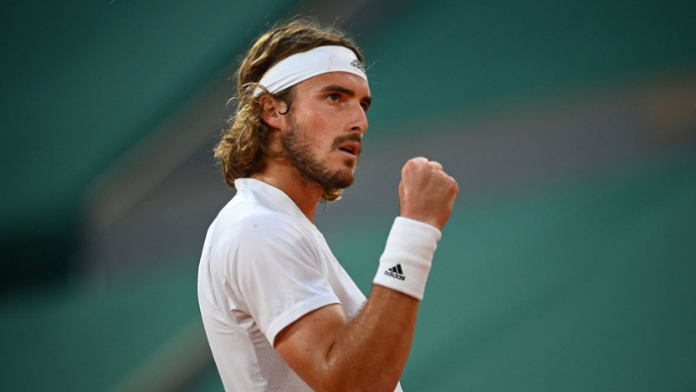 Fifth seed Stefanos Tsitsipas was in superb form as he charged past Daniil Medvedev 6-3, 7-6(3), 7-5 on Tuesday night to book a place in the Roland Garros semi-final.

The FedEx ATP Race To Turin leader overcame the surging Medvedev, who was into this stage in Paris for the first time, to earn his first victory over the Russian since 2019 and improve to 2-6 in their ATP Head2Head.

Both players came in with perfect 3-0 records in Grand Slam quarter-final matches. But after two hours and 21 minutes on Court Philippe-Chatrier it was Tsitsipas who went on to reach the semi-finals in Paris for the second year in a row.

Tsitsipas will next face sixth seed Alexander Zverev as he seeks to reach the championship match at a major for the first time. Tsitsipas leads Zverev 5-2 in their ATP Head2Head (1-0 on clay courts).

The second seed’s defeat also ended his bid to unseat Novak Djokovic at World No. 1. Medvedev would have risen to the top of the FedEx ATP Rankings by reaching the final if Djokovic did not, or by winning his maiden Grand Slam title in Paris.