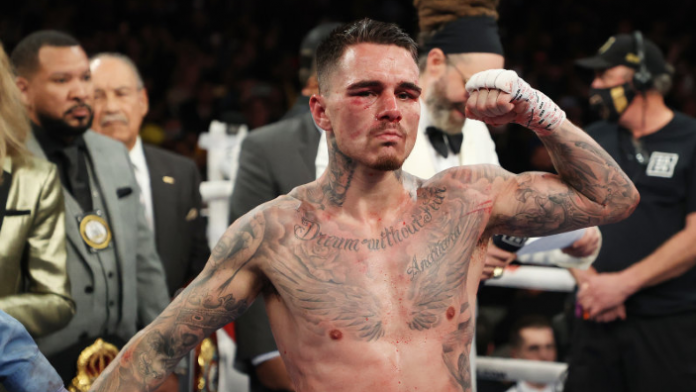 Kambosos took the WBA, IBF and WBO belts from American Teofimo Lopez in a split-decision victory at New York’s Madison Square Garden over the weekend.

But the Greek Australian boxer has said he wants to hold his first title defence match in front of a home crowd.

“I want to come back home and fill out a stadium,” Kambosos said after his match. “All those belts, 80,000 people, in Sydney or Melbourne. That’s the next step now.”

In response, the NSW Minister for Tourism and Western Sydney, Stuart Ayres, told the SMH it would be “awesome” if Kambosos could stage a fight in Sydney.

“We’d be quite open to it,” Minister Ayres said.

“To have a unified world champion defending his belts here in Sydney seems like a pretty awesome experience.”

Melbourne is the biggest competitor for the right to host Kambosos’ next fight. Kambosos is proud of his Greek background and the city also has a large number of people of Greek heritage.