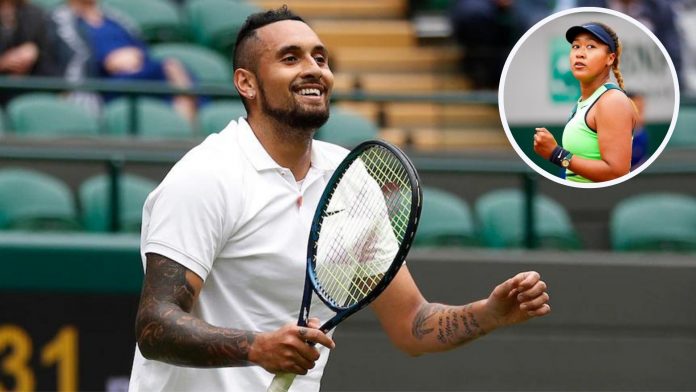 Following the signing announcement, Osaka told sports business website Boardroom that “Kyrgios embodies the types of athletes we want to work with at Evolve.”

“He’s got an unmatched style, passion, and personality that is unlike any other in the sport. We have some big things in the pipeline for him that are very unique and pioneering,” Osaka added.

Kyrgios and Osaka have formed a bond in recent years, with the pair spotted on the practice court together ahead of Indian Wells in March.

The pair were thought to be teaming up to play mixed doubles at Wimbledon however, Osaka has since announced her withdrawal due to an Achilles injury.

Kyrgios’ unseeded status means he could face anyone from Novak Djokovic to Rafael Nadal or even Matteo Berrettini in the first round at Wimbledon.

According to The Sydney Morning Herald, Nick Kyrgios and Thanasi Kokkinakis have also committed to playing doubles together at Wimbledon.

The pair have had previous success at Wimbledon, teaming up to win the boys’ doubles title in 2013.