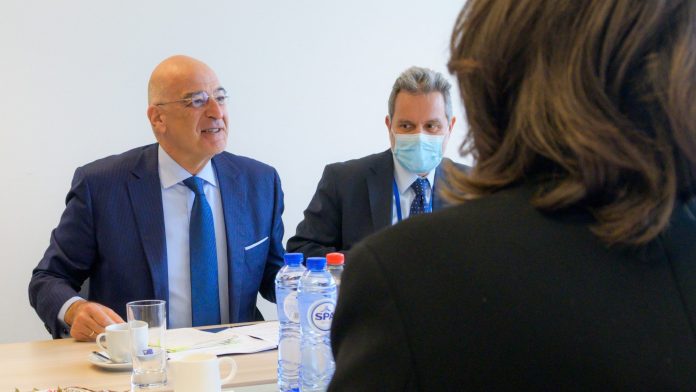 According to Ekathimerini, the briefing took place during a Council meeting held in Luxembourg and the Greek Minister noted that Turkey’s provocative actions have intensified both in rhetoric and in the field.

Also on the agenda during the meeting was the recent Turkish overflights over Greek islands, as well as migration flows after the Greek Coast Guard rescued 108 migrants from a sailboat near Mykonos on Sunday.

At the conclusion of the meeting, Dendias thanked those who have already condemned these actions, and pointed out that all EU member states should emphasise their commitment to maintaining the inviolability of borders and respect for international treaties.

This briefing comes as tensions between Greece and Turkey continue to escalate, with Greek Prime Minister Kyriakos Mitsotakis calling Turkey’s questioning of Greece’s sovereignty over its Aegean islands as “absurd.”

President Erdogan also reiterated this month that he will no longer hold talks with Mitsotakis in future.