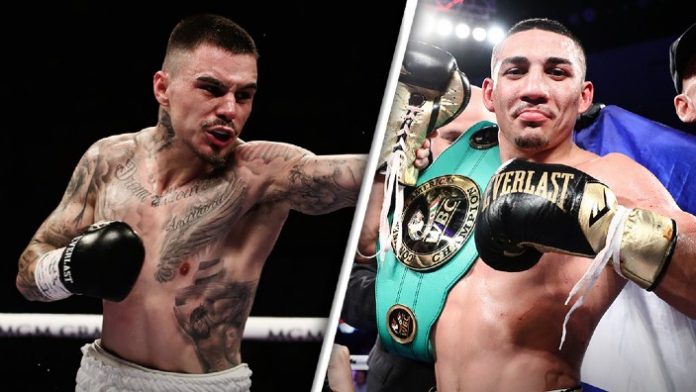 George Kambosos Jnr said he would punish Teofimo Lopez for his “fakeness” and take a step towards a hall-of-fame boxing career by taking the title from the undisputed world champion next month, The Sydney Morning Herald reports.

Kambosos will take on WBA, IBF and WBO champion Lopez at Madison Square Garden in New York on October 5.

The bout was postponed several times. Lopez pulled out of the scheduled June 19 clash after contracting COVID-19 and baulked at an August 14 replacement date after suffering virus symptoms.

The setbacks have only steeled Kambosos, who will miss the birth of his third child in his bid to become Australia’s only current world champion.

“I’m going to beat this guy by any means necessary,” Kambosos told the newspaper.

“It’s been a long time coming, and I don’t see any way he can beat me. They talk about certain aspects of his game, but my game is better all around.

“I don’t think he deserves to be a champion. He takes it for granted. He laps it up too much, wants to show off too much. He’s not a true champ and the fans see that; a lot of fans see his fakeness.

“He needs a big wake-up call, he needs to be humbled, and I’m coming to do that.”

The undefeated 28-year-old (19 victories, 10 knockouts) will go into the bout as a $6 outsider but is adamant he will return to Australia with the belts.

“I want to show Australian boxing to the world, the fighters we have here, in George Kambosos Jnr.”