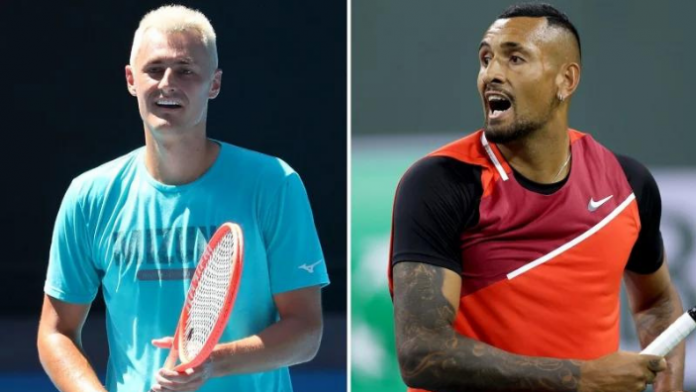 Bernard Tomic has called on Nick Kyrgios to put his money where his mouth is after the feud between the duo heated up again this week.

Kyrgios labelled Tomic “the most hated athlete in Australia” on social media on Thursday and scoffed at Tomic’s suggestions he would come off second-best on the tennis court.

According to The Sydney Morning Herald, this has led to Tomic labelling Kyrgios “delusional” and challenging him to either a $1 million winner-takes-all tennis match or a boxing fight.

“Let the public decide who is better. I’ll beat you anywhere, any place. If not, shut your mouth and go back to playing doubles,” Tomic told the newspaper.

On Friday morning, Kyrgios posted a response to Tomic on Instagram and said while he doesn’t have time for a clash right now, he wouldn’t be completely against it.

“I’m still playing on the tour, my brother. I’ve got bigger fish to fry,” Kyrgios said in an Instagram video.

“[But] maybe one day my brother we can later on when my career winds down. As for now, I think you’ve got some bigger life challenges ahead brother, so best of luck.”