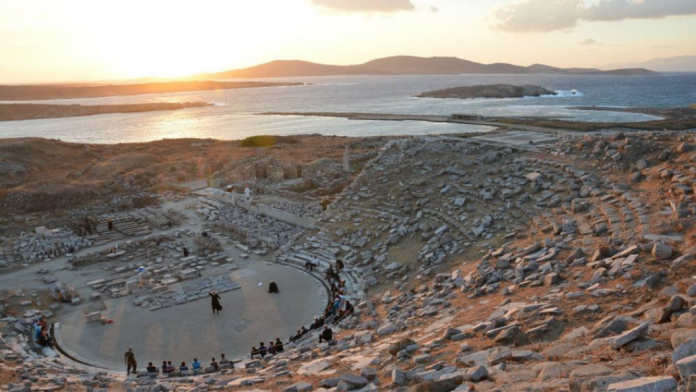 The sacred, uninhabited Greek island of Delos will host a concert featuring Ukrainian, Russian and Greek musicians on Monday, May 30, 2022.

The concert will be the first of its kind to take place on the island, which is full of ancient ruins and is considered a UNESCO World Heritage site.

Titled ‘Alpha Mission Delos,’ the concert aims, through the combined strengths of Mythology, Art and Space Technology, to raise awareness globally about the urgent need for the regeneration of our planet.

The European Union Youth Orchestra (EUYO), which is comprised of Diana Tishchenko on the violin and Sokratis Sinopoulos on the lyra, will perform a number of musical pieces on the night.

The concert will be live-streamed on ARTE and broadcast on ARTE’s Sunday TV concert on June 5.