Berlin Open: Tsitsipas, Kyrgios and Sakkari progress to the second round 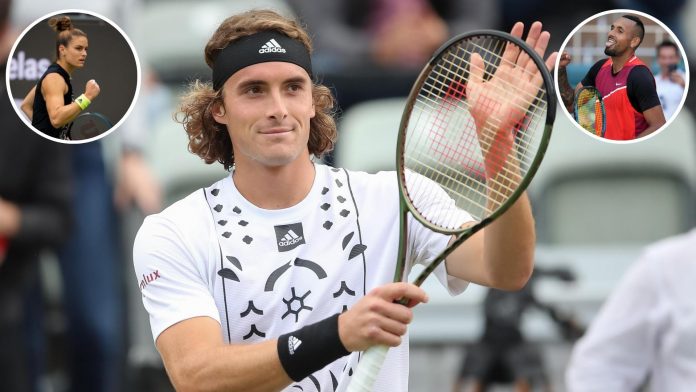 The Berlin Open saw the progression of three prominent Greek tennis stars with Stefanos Tsitsipas, Nick Kyrgios and Maria Sakkari proceeding to the second round.

“I can say playing him on grass for sure is going to be quite difficult,” Tsitsipas said of Kyrgios.

“I’m just going to go out there and enjoy myself. Let’s see what that brings.

The Greek native found a high level at the key moments of his opening match against World No. 52 Bonzi, dominating the opening tie-break and regrouping for a strong final set after dropping serve three times in the second.

After fighting off two break points to start the third set, Tsitsipas rediscovered his rhythm on serve and used three love holds to help close out the match behind a mid-set break.

Second-seeded Maria Sakkari joined the two champion as she eased into the second round of the Berlin Open with a 6-3 6-2 win over French qualifier Leolia Jeanjean.

Sakkari, who avenged her loss to Jeanjean in their only previous meeting in 2013, will play Australian qualifier Daria Saville next round.