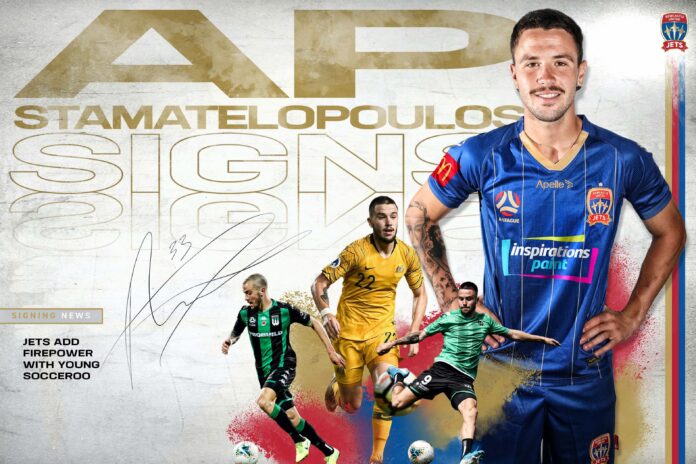 Former Young Socceroos striker Apostolos Stamatelopoulos has been announced as the latest addition to Newcastle Jets’ strike force as they look to make themselves a dominant threat this year.

According to Jets football manager Joel Griffiths, the 21-year-old is a welcomed and valuable addition to the squad.

“He has plenty of pace and the vision and ability to get into good goal-scoring areas. He has a wealth of potential and is only scratching the surface, which makes him an exciting prospect.

“He’s also a player with plenty to prove which gives him a danger factor and as a Club, we believe he will be a valuable asset.

“We are very excited to have him join our organisation.”

The young forward made his A-League debut for Adelaide United at just 18.

His four goals in 15 appearances for the Reds, saw him land a place in the Young Socceroos team.

However, Stamatelopoulos was limited to just 12 appearances for Western United last season and failed to feature in for the Club this year. Joining Newcastle Jets until the end of the 2020/21 season, he will be unable to play until the A-League transfer window opens on February 16.

“The delay in being able to play him certainly isn’t a negative,” Griffiths said.

“He will have plenty of time to settle in and get familiar with the way we play and establish some connections with his teammates.

“Come mid-February, he’ll be itching to get on the pitch.”