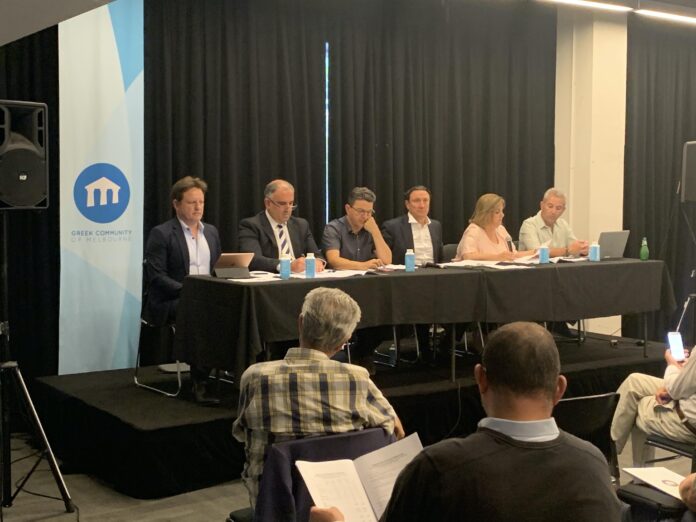 The Greek Community of Melbourne on Thursday night held their Annual General Meeting via zoom and Facebook, giving the board an opportunity to present and discuss the new projects being undertaken for 2021.

GCM President Bill Papastergiadis noted that while 2020 was no doubt a challenging year, it was still a year of some achievement of the Greek Community of Melbourne.

“Despite the pandemic our organisation continued to play a pivotal role in community and educational matters both in Australia and abroad,” Papastergiadis said.

In amongst other activity, the GCM:

In terms of the GCM’s program for 2021, Bill Papastergiadis advised as follows:

“We are hopeful of making an announcement on the establishment of a Greek Community of Melbourne Chair at Melbourne University on the Hellenic Diaspora and Cosmopolitanism. This Global Chair will be jointly funded by the Federal Government and Melbourne University and has arisen as a result of our discussions with the Prime Minister.”

“We expect to finalise the development of a new Centre for the Youth and the elderly in the city close to our Greek Centre. This will be a hub and meeting space for all Greek Australians and will act as a catalyst for future projects.”

“We are developing a program so as to integrate the universities in Australia with those in Greece so that our students can do part of their course work overseas an have that work recognised in their degrees here.”