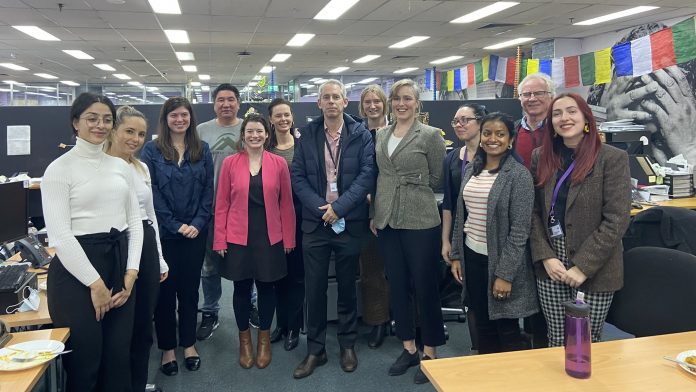 According to the ASRC, Mr Giles took the time during his visit to hear directly from refugee leaders about what priorities the new Australian Labor Party should have around the issue of immigration.

In a post on Twitter, Mr Karapanagiotidis’ said “the symbolism of Andrew Giles being the first Immigration Minister in more than a decade to make the effort to visit the ASRC matters.”

“Even more important was the genuine care he took to really listen to refugee leaders as to what he needs to prioritise now and in the future,” Mr Karapanagiotidis added.

The ASRC was founded by Mr Karapanagiotidis in 2001 and has since become Australia’s largest human rights organisation providing support to people seeking asylum.

Mr Giles was sworn in as Australia’s new Immigration Minister in early June under the Albanese Labor Government. Mr Giles said it was “an incredible honour to take on the role.”

Since then, at a Federation of Ethnic Communities Councils of Australia (FECCA) Conference in Melbourne, Mr Giles announced the Federal Government will start collecting ethnicity data as part of measuring diversity in Australia.

The Immigration Minister also confirmed one of his top priorities was to deal with the current visa backlog.