The inventor of the first electric car, Konstantinos Adraktas, has died 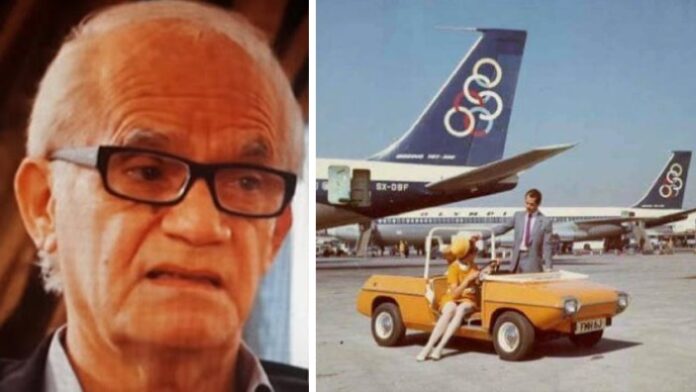 Adraktas invented the Enfield 8000, a small electric car model that was manufactured in Greece in the early 1970s.

The news of Adraktas’ death was made public by Vassilis Apostolopoulos, the managing director of the Athens Medical Group, in a Facebook post.

“Konstantinos Adraktas… was a friend of my father and mine, and a neighbour in London during my student years. We had a great relationship and appreciation of each other,” Apostolopoulos wrote.

“A graduate of MIT in astronomy and astronautics, he worked for NASA and I personally rate him as the man with the highest IQ I have ever known. Rest in Peace.”

Enfield Automotive, based in the Isle of Wight, UK, had won a major contract to produce around 100 cars, following proposals from Ford and Leyland.

Shortly before the production started, the owner of the company, the shipowner Giannis Goulandris, decided to move the factory to Syros.

Adraktas came on board and invented an electric car which had an 8.2-horsepower electric motor, a top speed of 80 kilometres per hour and an autonomy of 80 kilometres. It was very small in size – just 2.7 metres.

A total of 123 cars were built and they are now considered collectibles.

The car was last seen on display next to Greece’s Prime Minister, Kyriakos Mitsotakis, as he held an event last June around the government’s ‘Green Agreement and the Promotion of Electricity.’