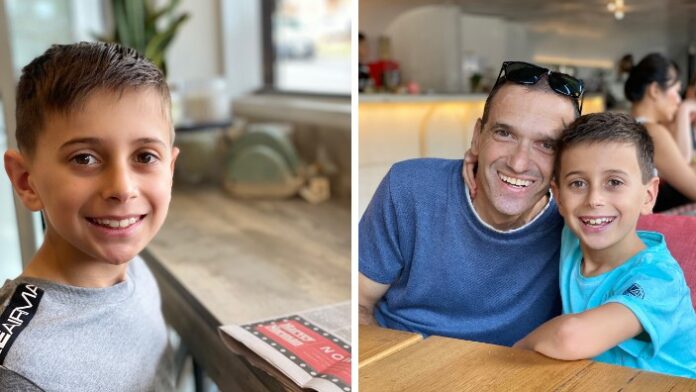 10-year-old, Jonathan Loukas, is among seven students who have been recognised as part of the Westpac Youth Impact Challenge for developing innovative ideas to help solve issues facing Australian communities.

Launched in May 2020 by social enterprise Fiftysix Creations, in partnership with Westpac’s financial education specialists The Davidson Institute, the challenge invited Australian students to submit innovative solutions for issues they care about, while also contributing to one of the United Nations 17 Sustainable Development Goals.

Jonathan, who was born in Athens in 2010 and moved to Australia when he was 2 years old, chose to utilise his biggest passion – preserving languages and sharing cultural knowledge between generations.

His winning project is a community skills exchange program which invites kids, who have a non-English speaking background and are good with technology, to go to community clubs and cultural groups to teach their skills to the elderly. In exchange, the elderly will help teach kids the language of their cultural background.

The McCallums High Public School student tells The Greek Herald his project was inspired by his yiayia who always asks him to help her with technology.

“I spend a lot of time with my yiayia because my parents work long hours and she always asks me to help her with technology since she doesn’t know how to use it. Every day she would ask me to show her village on Google Earth and she would get so excited,” Jonathan, who is in Year 4, tells The Greek Herald.

“She also likes to contact her family and friends in Greece using Messenger but didn’t know how to do it until I showed her. In return, she would help me with my Greek homework (we do two hours of Greek each week at my school at McCallums Hill). It was good for both of us.”

To enter the challenge, Jonathan had to submit an application form, film two pitch videos, do two live panel interviews and attend one online workshop which was 7 hours long.

The winners of the prize each receive a Microsoft Surface laptop, a $3,000 scholarship to attend SingularityU Australia Summit: A Future By Design in Sydney, a 12-month membership to ‘The Entrepreneurship Lab,’ and a 12-month mentorship package from the Australian School of Entrepreneurship and Westpac’s Davidson Institute.

Jonathan cheekily says these prizes were another motivation for him to enter the challenge, later adding that he feels extremely proud he won first prize.

“When I heard about the Westpac Youth Impact competition, I’m not going to lie, a small part of my motivation to apply was the 1st prize, which was a new laptop,” Jonathan says.

“But (winning) makes me feel proud of myself… I never thought I’d make it this far and it feels good to have won.

“I just want to thank my Yiayia for inspiring this project. I know she gets frustrated when I can’t communicate in Greek with her very well so hopefully if this project takes off and becomes big enough, we can save dying languages across Australia and the rest of the world.”

An inspirational message from a young Greek Australian who clearly has a bright future ahead of him as an entrepreneur.