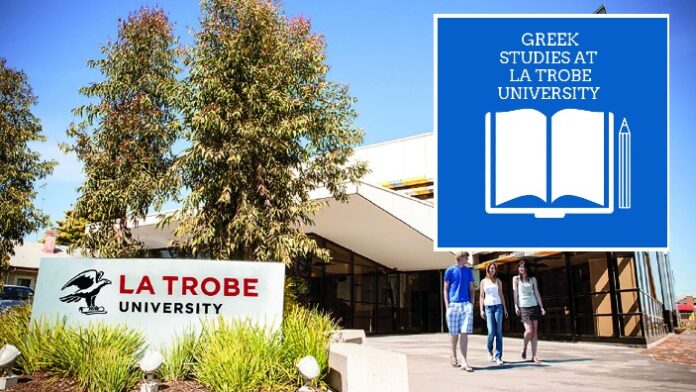 The consultation process between the Greek community and La Trobe University closed on Wednesday but that doesn’t mean people are slowing down their efforts to save the university’s Greek Studies Program.

A petition set up by university students was handed in to La Trobe on Wednesday with 6,244 signatures and it actually remains open until a decision has been made.

This petition came in the face of a number of Government ministers and Greek community leaders also voicing their concern about the discontinuation of the course.

Former Labor Party leader, Bill Shorten, also wrote a letter to the university, saying “the interruption of these programs causes deep frustration in the Greek community in Australia.”

“Melbourne, and especially my constituency Maribyrnong, has a proud Greek presence. Many of my constituents in the Greek community have contacted me, expressing their concerns about the La Trobe University proposal,” Mr Shorten wrote.

“As La Trobe University is the only Victorian institution offering such a program, Victorian students wishing to study Modern Greek will miss the opportunity to enrol in their desired course.

“The interruption of these programs causes deep frustration in the Greek community in Australia who want their children and others to have the opportunity to study in one of their mother tongues.

“I call on La Trobe to reconsider its proposal and ensure that the Modern Greek Language Program continues.”

Former leader of Victoria’s Liberal Party, Matthew Guy MP, also expressed in a speech to the Victorian Parliament his support for the Greek Studies Program, asking the Victorian Minister of Higher Education to ensure to continuation of the program.

“I think it is very important that La Trobe University, the university in our northern suburbs, an area that I have represented in this Parliament for eight years and has a large population of ​​Greek-Australians, maintain the Greek language program,” Mr Guy said in Parliament.

“As a former Minister of Multicultural Affairs, I can attest to the strength of the Greek community in this state, but the most important thing is the special importance given to the teaching of the Greek language.

“We all know that from this Parliament – many members from both sides have participated in the Speak Greek in March program and in many other programs focusing on the Greek language. La Trobe University… has a long history for the Greeks of Victoria, our Greek community.

“The Greek presence is huge at La Trobe University so it is important that we maintain the teaching of the Greek language.”