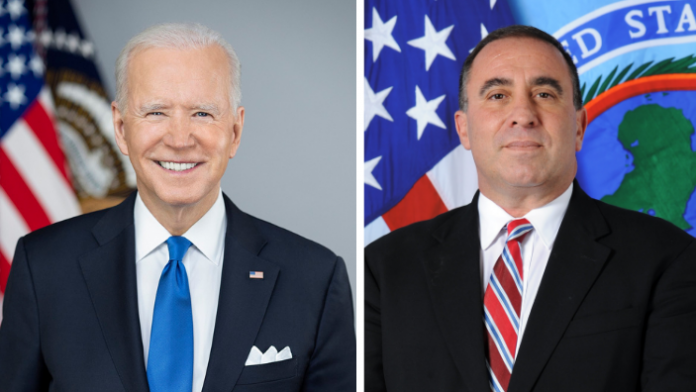 US President Joe Biden has announced his intent to nominate Alexander Laskaris to serve as ‘Ambassador Extraordinary and Plenipotentiary to the Republic of Chad.’

Who is Alexander Laskaris?

Mr Laskaris is a career member of the Senior Foreign Service, class of Minister-Counsellor. He is currently serving as a Senior Advisor in the Bureau of African Affairs and has expertise on African issues.

The Greek American has served as Deputy to the Commander at the United States Africa Command, as Ambassador to the Republic of Guinea, and as Deputy Chief of Mission of the US Embassy in Bujumbura, Burundi.

Other assignments include work as the Political Section Chief of the US Embassy in Angola and Desk Officer for Rwanda and Burundi in the State Department’s Office of Central African Affairs.

Mr Laskaris has served as a faculty member at the National War College, as Consul General in Ebril, Iraq, and as Team Leader of the Mosul Province Reconstruction Team in Iraq. He was also the Deputy Chief of Mission of the US Embassy in Pristina, Kosovo.

Mr Laskaris earned a B.A. degree from Georgetown University, and an M.A. degree from the U.S. Army War College in Washington, DC. His foreign languages include French, Portuguese, Greek, Kurdish, Albanian and Spanish.