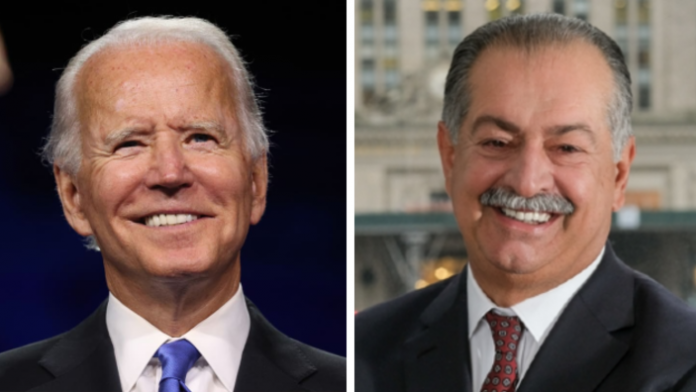 Former Dow Chemicals chief executive, Andrew Liveris, has something to celebrate after the Biden administration passed its historic $US1.2 trillion ($1.64 trillion) infrastructure bill by the US Senate.

“It is a tremendous bipartisan achievement which augurs well for American leadership on the big decisions for this century, especially of the digital and green kind which is vital for the growth of the US economy,” Liveris told The Australian.

Despite living in Australia for the past 18 months, Liveris has spent the past few months leading a business ­coalition working to help the passage of the bill, focusing on key US senators, The Australian reports.

Working the phones from Sydney, Liveris has been co-­chairing Build Together, a group of US business leaders aimed at getting bipartisan support for infrastructure across the US, lobbying and working with US senators to get the Biden bill passed.

“We went to work in the background, pretty quietly, working with the senators… We knew we had to get at least 10 Republicans to make sure it could pass the Senate,” Liveris said.

In the end, 19 Republican senators this week supported the bill along with all Democrats, a rare exercise in bipartisanship backing Biden’s infrastructure plans.

Liveris told The Australian one of the big “tripping points” of the bill was Biden’s initial insistence that the infrastructure proposals were packaged together in a much broader group of social initiatives which includes improvement in funding of childcare, welfare payments and greater access for minorities.

He said one of the arguments of the Build Together coalition to the Biden administration was that the “soft infrastructure” side of the bill – the social changes – should be separated from the “hard infrastructure” to allow it to get more bipartisan support.

“We were trying to keep it as a bipartisan effort, scoping it around real need for rail and public transport and roads and bridges, ports and airports, water and electric power infrastructure, and broadband and charging stations,” he told The Australian.

“Keeping to that scope was ­really one of our biggest contributions. We were more or less a sounding board to say (to the Biden administration), ‘You are not going to get the bigger thing through if you keep bolting on things that end up being very good for US citizens, but if it means the business community gets laden with higher taxes and new costs, it will stop investing. You will end up having the negative effect of having all this social infrastructure and payments, but your revenues will go down as the American business community will stop investing.’

“Keeping it pro-investment and scoping it appropriately was one of the big accomplishments.”

It also includes funding for a national network of electric vehicle charging stations, the expansion of high-speed internet access to rural areas and the replacement of all the country’s lead pipes as part of an investment in clean drinking water.