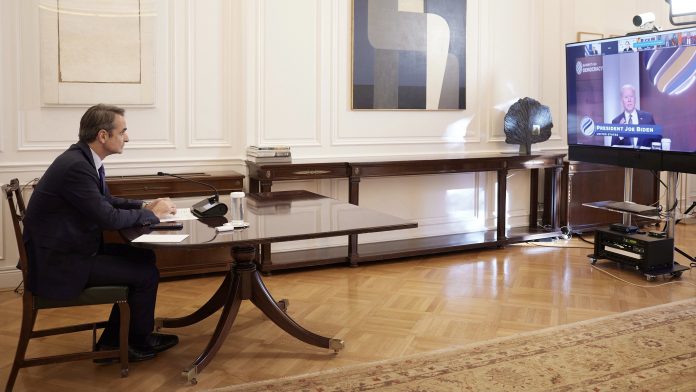 Greek Prime Minister Kyriakos Mitsotakis joined over 100 world leaders at a summit organised by US President Joe Biden on Thursday.

Mitsotakis cautioned against authoritarianism and populism at the inaugural Summit for Democracy.

He said Greece has experienced “the divisive politics, failed promises and empty rhetoric of both far-left and far-right populism – and has rejected both.”

After a decade of financial crisis, “Greeks understood the need for true change, backing a reform agenda that was patriotic rather than nationalistic.”

He said investments, new jobs and growth must be prioritised, along with improving the efficiency of the public sector by combating bureaucracy.

He proposed digitising the state as a way of reducing inequality and promoting entrepreneurship and innovation.