US Commission: Turkey made ‘little to no effort’ in addressing religious freedom issues 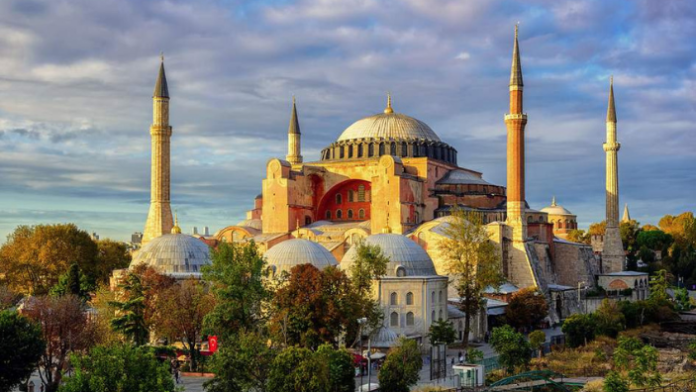 An independent United States’ commission on International Religious Freedom has found Turkey’s religious freedom conditions to be at a “troubling trajectory”, showing concerns at the government’s decision to convert Hagia Sophia into a mosque and their failure to prevent the destruction of Greek churches in Turkey.

The US report made key findings about religious freedoms in Afghanistan, Azerbaijan, Cuba, Egypt, Indonesia, Iraq, Kazakhstan, Malesia, Nicaragua, Uzbekistan and Turkey. The report showed great concern over the choice made by Turkish President Recep Tayyip Erdoğan to convert the Chora Museum and Hagia Sophia into mosques.

“In July, Turkish President Recep Tayyip Erdoğan issued a decree converting back into a mosque the famous Hagia Sophia, a former church that had been serving as a museum, in a move that many denounced as divisive and hostile to Turkey’s religious minorities,” the reports states.

“While the government took similar steps to reopen as a mosque another former church, the Chora Museum, it reportedly paused those efforts.”

The Turkish high court ruled that Istanbul’s iconic Hagia Sophia was to be converted back into a mosque on July 10, 2020, following the request of Turkish President Recep Tayyip Erdoğan. The Hagia Sophia was built 1,500 years ago as an Orthodox Christian cathedral during the Byzantine Empire, and was since turned into a UNESCO World Heritage Site, visited by millions of tourists each year.

The report goes on to say the Turkish government made “little to no effort to address many longstanding religious freedom issues”, referring to the governments decision to deny requests for elections to be held by religious minority communities.

“Similarly, the government disregarded calls for the reopening of the Greek Orthodox Halki Seminary and continued to deny legal personality to all religious communities,” the report says.

“Members of the ruling party and its coalition partner rejected efforts to recognize Alevi gathering houses (cemevleri) as places of worship, and the government declined to resolve other religious freedom concerns for Alevis and other communities, such as their objection to compulsory religious courses and other educational policies.

“Although officials made a point to meet with some religious minority community leaders, the government appeared to take no subsequent action following that meeting to address those communities’ concerns.”

Following the demolition of a Greek Orthodox church by vandals, as well as the destruction of a Yazidi cemetery in Mardina, the report criticised the government for failing to “prevent or punish” the ones behind the attacks.

The report concluded with US Government recommending and supporting the reopening of the Greek Orthodox Halki Seminary, “and for full compliance with European Court of Human Rights rulings on freedom of religion or belief.”