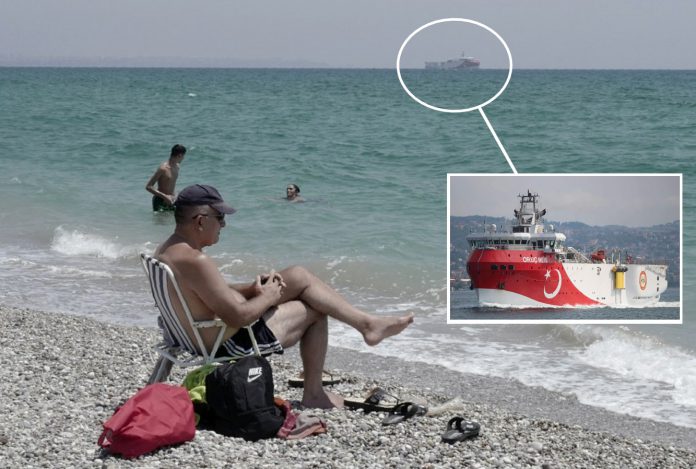 Turkey will suspend research for oil and gas exploration in disputed waters in the Eastern Mediterranean that abruptly raised military tensions with neighbouring Greece, a top Turkish official said Tuesday.

Last week, Turkey announced plans to dispatch research vessel Oruc Reis and two support ships to carry out operations through Aug. 2 south of the Greek islands of Rhodes, Karpathos and Kastellorizo. The declaration angered Greece and prompted criticism by the United States, France and other European countries.

NATO allies Greece and Turkey are at odds over drilling rights in the Eastern Mediterranean.

Turkey has accused Greece of trying to exclude it from the benefits of potential oil and gas finds in the Aegean Sea and Eastern Mediterranean, arguing that sea boundaries for commercial exploitation should be divided between the Greek and Turkish mainlands and not include the Greek islands on an equal basis. Athens counters that Turkey’s position is a violation of international law.

“Everyone should continue working on their own continental shelves and conduct joint work in contested areas,” Kalin said. He also said that bilateral issues with Greece should be solved through dialogue rather than through threats on Turkey’s bid for European Union membership.

On Monday, Greek government spokesman Stelios Petsas said Turkey was withdrawing navy vessels from the area, adding that Athens remained ready to enter negotiations with Turkey “within the framework of international law and good neighbourly relations.”