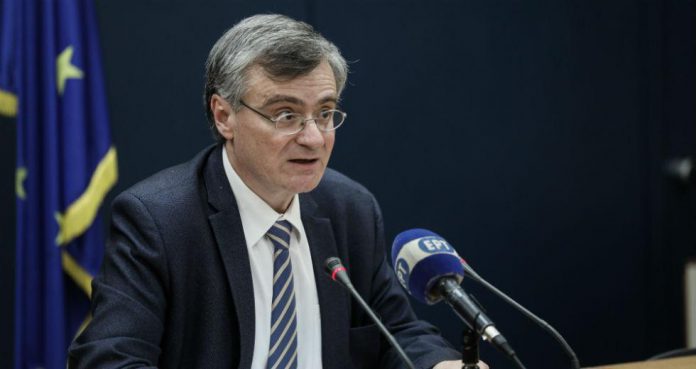 Sydney-born infectious diseases expert, Sotiris Tsiodras, has become a national hero in Greece as he helps to control the spread of COVID-19 and avert the tragically high infection and death rates seen in Italy and Spain.

While some Greeks admit they do not typically like to follow rules, Greek Australians living in the country’s capital cities and on islands have told The Sun-Herald they have embraced Dr Tsiodras’ advice on strict infection control measures.

Dr Tsiodras, 54, is a professor of medicine and infectious diseases at an Athens university and has been widely credited with alerting the Greek government of the need to act quickly to avoid the plights of France, Italy and Spain.

Each day at 6pm, he appears on television screens with an update on the latest infection rates, fatalities and outbreaks.

Italy’s La Figaro newspaper has called him the “new darling of the Greeks,” while Greece’s Ekathimerini publication named him the most popular person in Greece, after a poll conducted for Alpha TV.

Kathy Lekkas, who grew up in the Blue Mountains and lives in Thessaloniki with her husband and their three sons, watches Dr Tsiodras’ nightly updates.

“People like him and respect him. They see Dr Tsiodras as a hero. He comes out and tells us the medical side of it,” she told The Sun-Herald.

“He is humble and speaks like an every day person. Everyone is very positive about the steps the government has taken.”

Ms Lekkas said Greeks did not like to follow rules but had made an exception to protect their health. For more than a month, families have stayed home unless shopping or exercising. Many get their food delivered.

Ms Lekkas said she was surprised to see news reports about people fighting over toilet paper in Australian supermarkets.

“We couldn’t get face masks for a while. People are buying supplies to last them for a couple of weeks,”she said.

Dr Tsiodras grew up in Sydney and completed his medical training in Greece and at Harvard University. He is internationally recognised in his field and has published hundreds of peer-reviewed research papers.

He is also a father of seven children and a religious man who sings as a cantor in the Greek Orthodox church.

Mr Ferrer’s analysis show that Greece has an estimated COVID-19 incidence rate of 65 people per 100,00 population – the lowest incidence rate in the European Union.