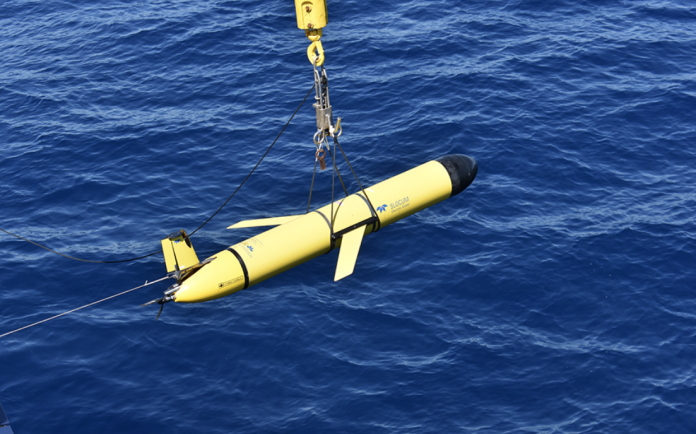 Launched last night from the port of Lavrion and will last until November 27, an international oceanographic seabed submarine will surveillance the Kolumbo volcano, about seven kilometres northeast of Santorini.

Funded by the US Agency for International Development, the international mission is made up of 30 scientists from the US, Greece, Australia and Germany, and is backed by the Greek interests of Maritech International’s DP-2 CLV Ocean Link.

NASA’s goal is to test new and “intelligent” technologies in the seas of the Earth with Autonomous Underwater Vehicles (AUVs), which in the coming decades are intended to be used to explore extra-terrestrial oceans such as Jupiter’s distant moons. The submarine will detect traces of life in extreme, uncharted and potentially dangerous environments that will be explored.

An assistant Professor of Greek Law at the University of Athens Paraskevi, who played a key role in conducting NASA’s research in Greece and not in any other country, told RES-EIA: “The Columbus volcano faces us with those of planetary exploration. Although remote-controlled submarines have previously landed in the Kolumbo Crater, autonomous underwater vehicles (AUVs and gliders) will be used in this mission to collect oceanographic data due to the complex and potentially dangerous environment.”

As explained, the Kolumbo volcanic cone has a base diameter of three kilometres and forms a crater of 170 meters in diameter, rising from a depth of 504 meters to a depth of 18 meters below sea level. This submarine caldera is located in a highly geodetic environment, very close to the caldera of the Santorini volcano, and has an important hydrothermal system, from which almost pure carbon dioxide is released.

“Self-propelled submarines will move through the Kolumbo Crater and study its hydrothermal sources and other areas of biogeochemical interest. The robots, which have chemical sensors, among other things, will look for conditions inside the caldera that could favour the development of life forms, as if they were in an extra-terrestrial ocean,” Ms Nomikou said.