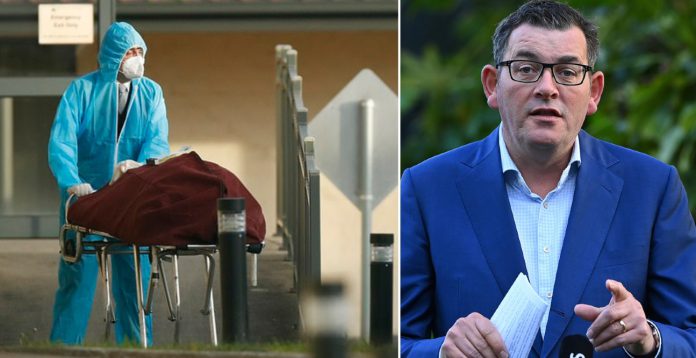 St Basil’s Aged Care Home in Fawkner will reportedly be facing a class action lawsuit, with claims that there will be a legal push from devastated families against St Basil’s and Epping Gardens.

Melbourne businessman Jack Karikas confirmed to The Age he would be part of an anticipated class action against St Basil’s, where his 85-year-old mother-in-law had become infected.

Mr Karikas said he and several other families had engaged lawyers to pursue St Basil’s, which is also now part of an investigation by the Victorian Coroner and police into whether some deaths could have been avoided.

“Let’s be very clear – the litigation is not about getting compensation. It’s about finding out how we got from one case on July 9 to where we are now – more than 130 cases – and why it took six days for the federal government to act,” Mr Karikas said. The number of cases connected to St Basil’s is 160.

“And what happened to the tests? We were told they were tested every second day, but now we’re finding out the tests were never sent off. They had residents mixed up and they didn’t know who was positive and who was negative.”

The legal actions would allege that the facilities breached the duty of care they owed their residents. Mr Karikas said civil action against St Basil’s, which is owned by the Greek Orthodox Church, was the only way of establishing what went wrong.

“We have bits and pieces of a jigsaw puzzle, but there’s still a lot of pieces missing,” he said.

St Basil’s staff took back control of the embattled facility on Thursday but told The Age it would again withdraw its employees because of concerns about poor record keeping.

The chairman of St Basil’s, Konstantin Kontis, said files were allegedly missing and that an initial examination of others indicated the care of residents wasn’t properly documented during the fortnight the federal government’s contracted agencies managed the centre.

Mr Kontis said he had reported missing drugs of addiction, including opiates, to the Australian Health Practitioner Regulation Agency.

“The books are incomplete and we think there are drugs missing,” Mr Kontis said. “We feel the records are inadequate and do not indicate that these people received proper treatment between July 22 and when they were sent to hospital.”

A spokesman for Aged Care Minister Richard Colbeck said he had ordered an investigation into St Basil’s concerns.

“The minister has not received any such reports and has asked the department and the Aged Care Quality and Safety Commissioner to investigate this as a matter of urgency and to refer on to the relevant authorities,” the spokesman said.

Police have issued 196 fines in the last 24 hours for breaching Covid restrictions – 51 of those were for not wearing a mask and 43 people were fined for breaching curfew.