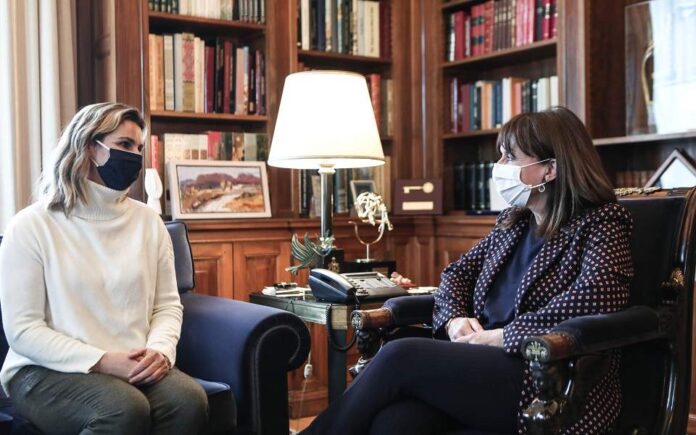 Sofia Bekatorou will prepare to give a deposition on Wednesday morning against Greek sporting official Aristeidis Adamopoulos, who she alleges sexually abused her in 1998 prior to the Sydney Olympic Games.

The investigation was opened despite the fact that the alleged crime cannot be prosecuted due to Greece’s statute of limitations, but judicial authorities are hoping other women may come forward to reveal similar incidents on the case.

The sailing champion will present her testimony to prosecutor Nikos Stefanatos, who has been tasked with the investigation.

Since coming out at a government-sponsored teleconference on sexual abuse on Thursday, the former sailing Olympian has sparked a wave of social action, seen as a belated #MeToo moment after decades of silence by sex abuse victims.

She said the incident, which was non-consensual, left her feeling “ashamed”.

“I said no, I repeated that I didn’t want to go on and he used fake sweet talk and said it is nothing,” said Ms Bekatorou, according to CNN.

“He said he would stop if I didn’t want it but he didn’t, no matter what I said to him,” she added.

A second sailor, Marina Psichogiou, also came forward late Saturday to say that a federation member “old enough to be my grandfather” made her an indecent proposal in 1993, when she was 20 years old.

Aristeidis Adamopoulos stepped down as vice president of the Hellenic Sailing Federation (HSF) on Saturday, soon after the allegations were made. He has denied any wrongdoing, and said he had resigned due to the “great negative publicity” the allegations would have on the Hellenic Olympic Committee.

Greek President Katerina Sakellaropoulou, who met Bekatorou on Monday, said her courage offered hope to other women who had suffered similar abuse in their personal and professional lives.

“I hope her brave revelation will blow like a rushing wind and sweep any hypocrisy, any cover up attempt away,” Sakellaropoulou said in a statement. “It is time to end the guilt of the victims and the impunity of the perpetrators.”

Greek Prime Minister Kyriakos Mitsotakis said he “stood by” Bekatorou and urged other victims of sexual abuse to speak out.

“It is time to uproot the violence of those in power against anyone in a weak position,” Mitsotakis said in a Facebook post on Saturday.